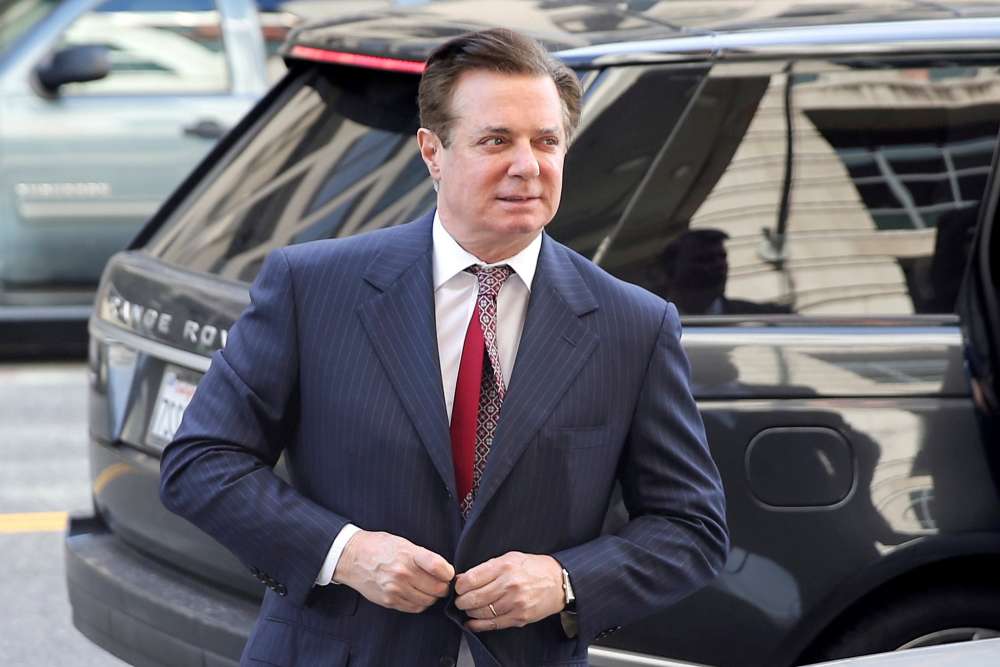 President Donald Trump’s former campaign chairman Paul Manafort, who is on trial on tax and bank fraud charges, had $16.5 million in unreported taxable business income between 2010 and 2014, a U.S. Internal Revenue Service agent testified on Wednesday.

Welch said he arrived at the $16.5 million figure based on an accounting method used by Manafort.

During his review, he said, he discovered that many of the foreign wire transfers did not appear on general ledgers for Manafort’s political consultancy and therefore, “I was not able to trace it into the tax return.”

Gates ended three days of testimony earlier on Wednesday, the trial’s seventh day, after admitting he lied, stole money and cheated on his wife, as lawyers for Manafort attacked his character.

Manafort lawyer Kevin Downing got in a final shot in federal court in Alexandria, Virginia, raising the possibility Gates had not one, but four extramarital affairs. Prosecutors objected and Gates never answered the question.

In cross-examination on Tuesday and Wednesday, Downing fired questions at Gates for several hours as he sought to portray him as an inveterate liar and thief to undermine his credibility with the jury.

Meanwhile, Downing on Wednesday afternoon tried to draw the jury’s attention back to admissions by Gates that he had embezzled funds from Manafort, asking Welch if his client could claim a business embezzlement deduction.

While businesses can deduct losses from theft, Welch said on redirect by one of the prosecutors: “If money is stolen from money that is untaxed, there is no deduction.”

Manafort has pleaded not guilty to 18 counts of bank fraud, tax fraud and failing to disclose foreign bank accounts. According to trial testimony, he used the accounts to receive millions of dollars in payments from Ukrainian oligarchs.

Manafort, a longtime Republican political consultant, is the first person to be tried on charges brought by Special Counsel Robert Mueller’s investigation into Russian interference in the 2016 U.S. presidential election. Manafort made millions of dollars working for pro-Russian Ukrainian politicians before he took an unpaid position with the Trump campaign that lasted five months.

Gates, who worked as Manafort’s right-hand man for a decade, served as deputy chairman of the Trump campaign. He pleaded guilty to charges in February and is cooperating for the possibility of a reduced sentence.

He testified at length about how he and Manafort doctored and backdated financial documents, hid foreign income and falsified tax returns. He said he engaged in the wrongdoing at Manafort’s direction.

He also admitted to leading a “secret life,” embezzling funds from his former boss Manafort, and getting involved in other shady dealings. And the defense has tried to pin much of the blame for the financial crimes on him.

After Gates left the stand on Wednesday, the jury heard from Morgan Magionos, a forensic accountant with the FBI.

She said she had identified 31 accounts located in Cyprus, the Grenadines and the United Kingdom belonging to Manafort. She explained how she traced payments for luxury items back to those hidden bank accounts, describing documents from banks and corporations and how the corporate entities and offshore accounts were linked to Manafort.

Prosecutors also introduced emails from Manafort to vendors of luxury items he bought in which he promises payment via wire transfers from “my” account, citing some of the offshore entities he is accused of using to hide his wealth.

A conviction of Manafort would undermine efforts by Trump and some Republican lawmakers to paint Mueller’s inquiry as a political witch hunt, while an acquittal would be a setback for the special counsel.

Rudy Giuliani, a lawyer for Trump, on Wednesday again called for Mueller to end his inquiry “without further delay.”

Prosecutors have said they hope to finish presenting their case by the end of the week. U.S. District Judge T.S. Ellis has repeatedly prodded them to move swiftly while seemingly giving the defense more latitude. He also has repeatedly made comments that some legal experts say may prejudice the jury against the prosecution.

The judge has belittled and yelled at prosecutors in front of the jury and made comments that could undercut the prosecutor’s case and help the defense.

Washington attorney Gene Rossi, a former federal prosecutor in Virginia who has appeared before Ellis hundreds of times, said the comment was “classic Judge Ellis injecting his views into the courtroom.”

If he is too tough, Rossi said, the jury might “start to feel sorry for the prosecution.”

Although questions tied to the Trump campaign have been severely limited at trial, Manafort remains a central figure in the broader inquiry into the Trump campaign’s dealings with Russia, including a 2016 Trump Tower meeting at which Russians promised “dirt” on Democratic presidential candidate Hillary Clinton and his role in watering down the 2016 Republican Party platform position on Ukraine.