Man throws fridge off cliff, police orders to bring it back up 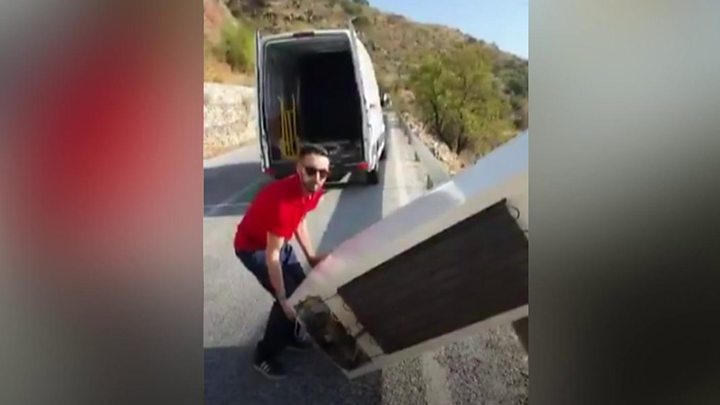 Police have forced a man to retrieve a fridge he threw down a cliff near the southern Spanish city of Almeria.

A tweet posted by the Spanish police shows the unidentified man hauling the discarded fridge back up the hillside.

He was fined €45,000 and was made to dispose of the appliance appropriately.

An associate of the man filmed the fly-tipping incident and is heard in the clip joking about recycling as the fridge tumbles down the cliff.

“We’re going to recycle it!” he said. “How many twists and turns has it done?”

The police is also investigating the company the man is working for.

The authorities also posted a video of a man throwing a washing machine down a hillside and said they were investigating the incident.