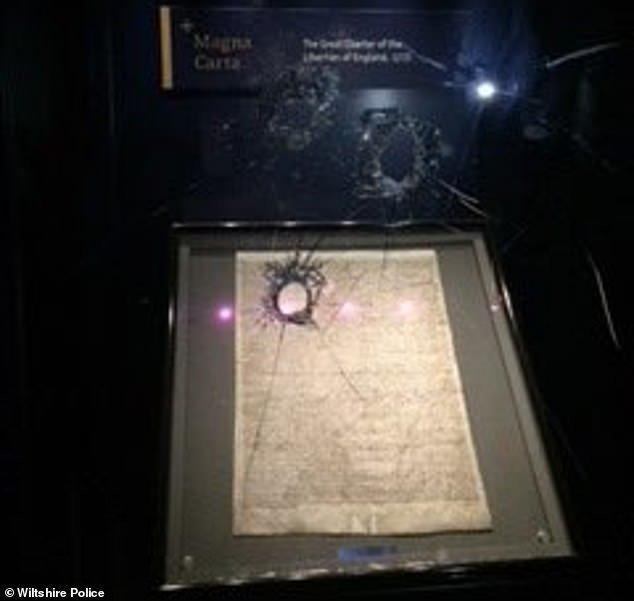 A 45-year-old man has been arrested on suspicion of trying to steal an original copy of the 1215 Magna Carta from Salisbury cathedral in southern England, police said on Friday.

Alarms were activated when an attempt was made on Thursday evening to smash the glass box containing the priceless medieval charter.

“A man matching the description given by witnesses was arrested on suspicion of attempted theft, possession of an offensive weapon and criminal damage ..,” Wiltshire police said in a statement.

The parchment, one of only four original copies still surviving, was not damaged in the incident, they added.

One of the most important manuscripts in English history, the Magna Carta is a charter of citizens’ rights curbing the arbitrary power of medieval kings which among other things guaranteed the right to a fair trial.

King John agreed to place his seal on the document in June 1215 at Runnymede near Windsor, west of London, as a means of ending an uprising by rebel barons.

By In Cyprus
Previous article
Mother of two remanded after 25 kilos of cannabis seized
Next article
Updated: Greek police say package at foreign ministry found to be harmless