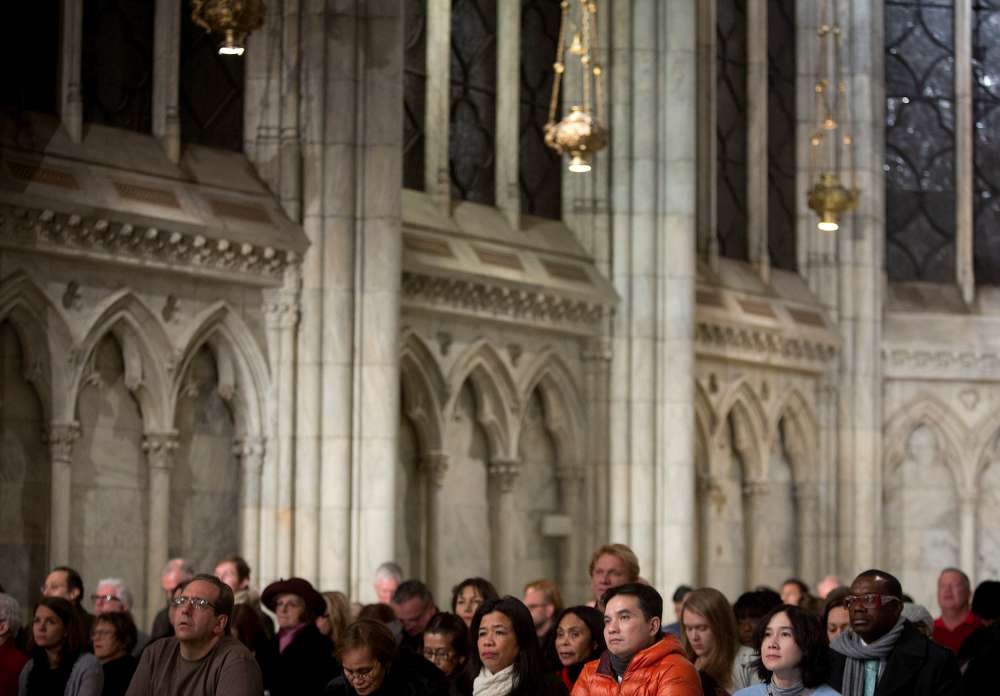 The incident occurred two days after a massive fire severely damaged the eight-century-old Notre Dame cathedral in Paris, causing global shock and sorrow. The blaze was most likely the result of an accident though a major investigation is under way.

In New York, the man entered the Roman Catholic cathedral in midtown Manhattan just before 8 p.m. (0000 GMT) and was confronted by a security guard, according to a New York City Police Department (NYPD) official.

As the man turned to leave, gasoline spilled onto the floor and the guard alerted police officers stationed outside.

Officers caught up with the man and he was taken into custody after questioning, said John Miller, deputy commissioner of intelligence and counterterrorism for the NYPD.

“An individual walking into an iconic location like St. Patrick’s Cathedral carrying over four gallons of gasoline, two bottles of lighter fluid and lighters, is something we would have grave concern over,” Miller told reporters.

Asked if terrorism was a possible motive in the incident, Miller said it was “too early to say that”. But, alluding to worldwide publicity about the Notre Dame fire, he added: “This is an indicator of something that would be very suspicious.”

Three predominantly African-American churches in Louisiana burned down between March 26 and April 4. A man was arrested and charged with arson and hate crimes.

The man told police he was taking a short cut through the cathedral to get to Madison Avenue from 5th Avenue to return to his van which had run out of gasoline, Miller said.

When police checked the vehicle they found it was not out of fuel, at which point the man was arrested, he said. “He is known to police and we are looking into his background. We don’t know what his mindset was, what his motive was.”

The man, who police declined to identify because he has not been charged, was still in custody early Thursday.

The New York Daily News and other publications, citing unnamed police sources, identified the man as a philosophy professor and a New Jersey resident.

A police spokesman said detectives would discuss the case with the Manhattan district attorney’s office on Thursday morning to decide on possible charges.

St. Patrick’s, a neo-gothic church across from the Rockefeller Center, has stood in the heart of Manhattan since 1879 and is considered one of the most important symbols of the Catholic Church in the United States.

By In Cyprus
Previous article
Limassol: Briton sought for kidnap and assault (photo)
Next article
Release of long-awaited Mueller report on Russia a watershed moment for Trump