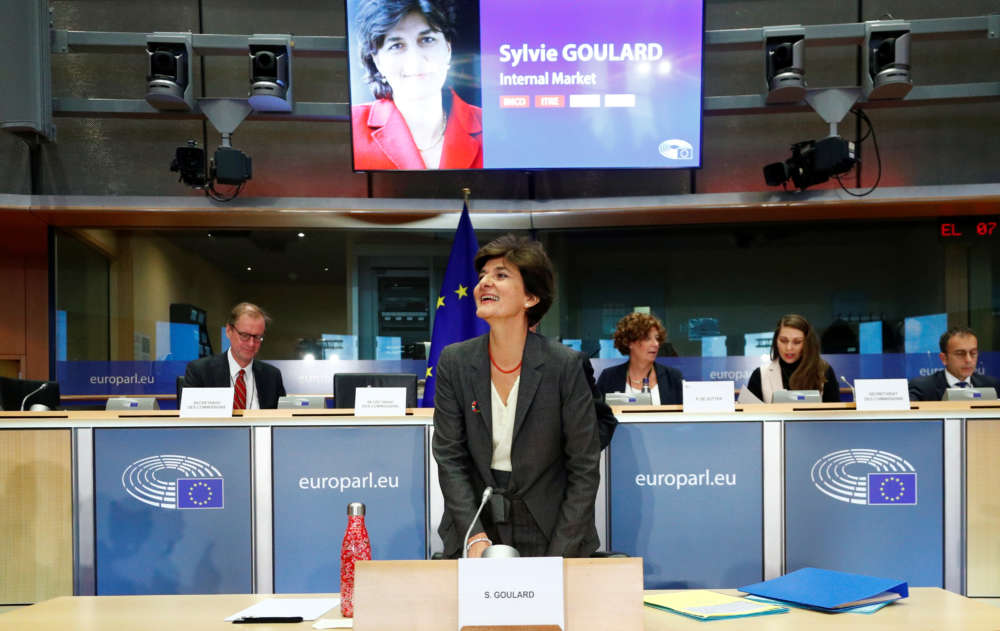 Sylvie Goulard, France’s choice to be the next head of European Union industrial policy, was rejected by EU lawmakers on Thursday after a second hearing in which she failed to quell concerns over her role in a jobs scandal.

The rejection, led by the biggest group in the European Parliament, comes against the backdrop of a power struggle between lawmakers and French President Emmanuel Macron about who should take leadership roles in the next European Commission, the EU’s executive.

However Goulard was rejected by 82 EU lawmakers in two committees charged with vetting her, with only 29 backing her, failing to reach the requisite two-thirds support.

Parliament, which has been fragmented between pro and anti-EU groups since May elections, will vote on the Commission as a whole on Oct. 23 before it can take office.

The rejection complicates the task of incoming European Commission president Ursula von der Leyen, who was also put forward by Macron but opposed by centre-right lawmakers of the EPP group, the biggest bloc in Europe’s parliament.

Von der Leyen has already seen her Hungarian and Romanian candidates rejected by the assembly.

Goulard was questioned by lawmakers about a fictional jobs scandal at the European Parliament in which she was implicated and also about her high-paid work as an adviser for a U.S. think-tank.

“EU citizens won’t put their trust in their institutions when a Commissioner sees absolutely no problem in making 10,000 euros a month from a private lobby in addition to her MEP salary,” French far-left lawmaker Manon Aubry said.

Goulard protested her innocence at her second hearing, as well as during an earlier hearing on Oct. 2.

“I am not under formal investigation but in a situation judicially different, much clearer,” Goulard told lawmakers.

She also expressed regret that her work for the Berggruen Institute during her time as an EU lawmaker, where she received more than 10,000 euros a month from 2013 to 2016, had cast a shadow over her candidature.

But some lawmakers said the EPP group was angry that Macron killed off their initiative in July to decide who would become the Commission chief, which helps decide policy for 500 million Europeans, based on the results of the European elections last May.

Von der Leyen, an ally of German Chancellor Angela Merkel, is seeking a strong mandate to take on a host of challenges for the next five years, ranging from anti-EU populists at home to a more assertive China abroad.

By In Cyprus
Previous article
Romanian government ousted in no confidence vote
Next article
President: Turkey’s military intervention in Syria is illegal and arbitrary