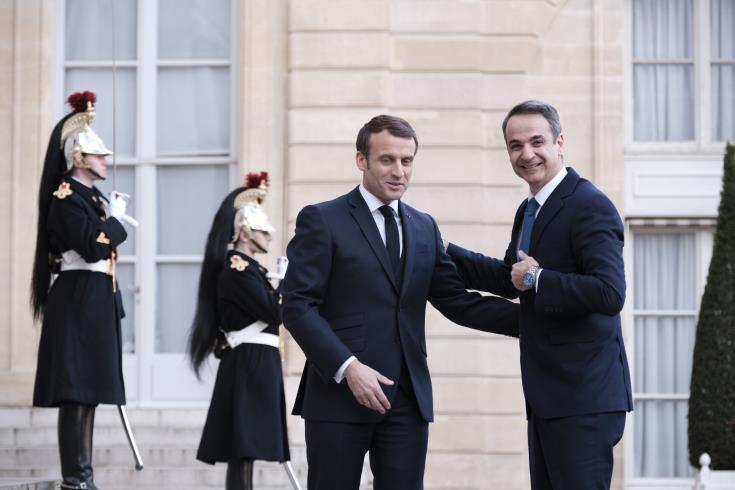 President of France Emmanuel Macron in Wednesday sent a message of support to Greece and Cyprus against Turkey’s provocative actions in the Mediterranean region.

After talks in Paris with Greek Prime Minister Kyriakos Mitsotakis who is paying an official visit to France Macron said his country supports Greece and Cyprus as regards respect of their sovereign maritime rights.

He also denounced the recent Turkish provocations, and noted that his position reflects that of the European Union as well.

On the recent memorandum of understanding signed between Turkey and Libya, Macron said the presence of Turkish warships in the region violates decisions taken last week at an international conference on Libya in Berlin.

“I want to express my concerns with regard the behaviour of Turkey at the moment, which is in complete contradiction with what President Erdogan committed to at the Berlin conference,” he said.

“We have seen during these last days Turkish warships accompanied by Syrian mercenaries arrive on Libyan soil. This is an explicit and serious infringement of what was agreed in Berlin. It’s a broken promise.”

The Greek Prime Minister said Greece and France have jointly denounced Turkish illegal actions in Cyprus, as well as the invalid Ankara-Tripoli memorandum of understanding.