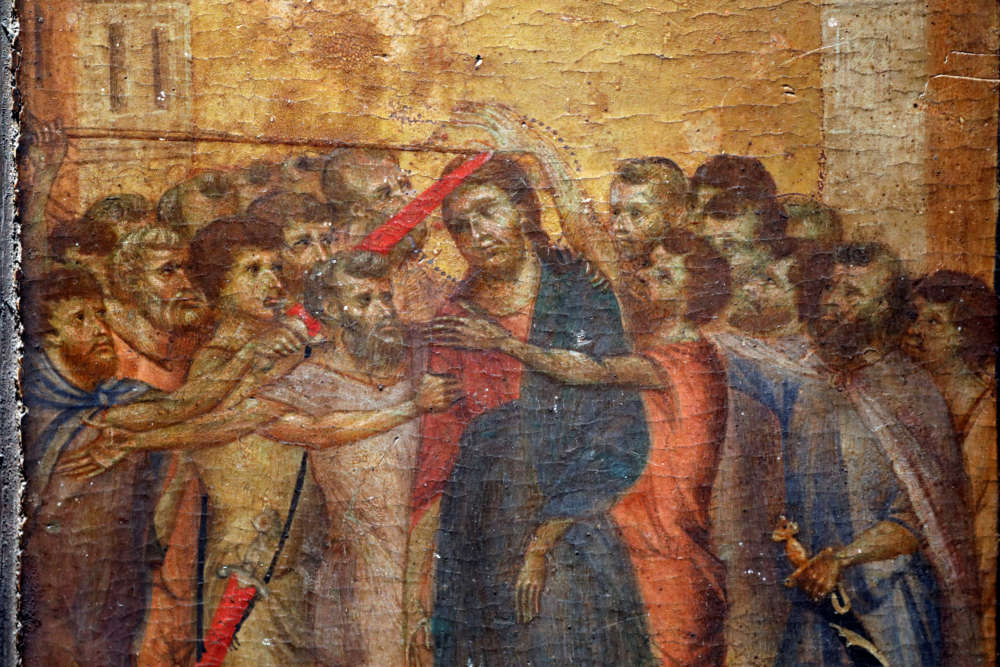 A long-lost painting by 13th century Italian master Cimabue that was found in the kitchen of an elderly French woman was sold for 24 million euros ($26.6 million), more than four times the pre-auction estimate, auction Acteon house said on Sunday.

The “Christ Mocked” painting by early Renaissance artist Cimabue discovered earlier this year had been valued at 4 million to 6 million euros.

“When a unique work of a painter as rare as Cimabue comes to market, you have to be ready for surprises. This is the only Cimabue that has ever come on the market,” said Dominique Le Coent, head of auction house Acteon in Senlis, north of Paris.

Acteon did not reveal the identity of the bidder but said a foreign museum had been among the bidders.

The tiny painting, measuring just 20 by 26 cm (10 inches), is believed to be part of a diptych consisting of eight small panels.

Born in Florence, Cimabue, also known as Cenni di Pepo, was a pioneering Italian primitive painter, of whom only about 10 known works have survived. He was one of the first to use perspective and paint in a more natural style that broke with mediaeval and Byzantine traditions.