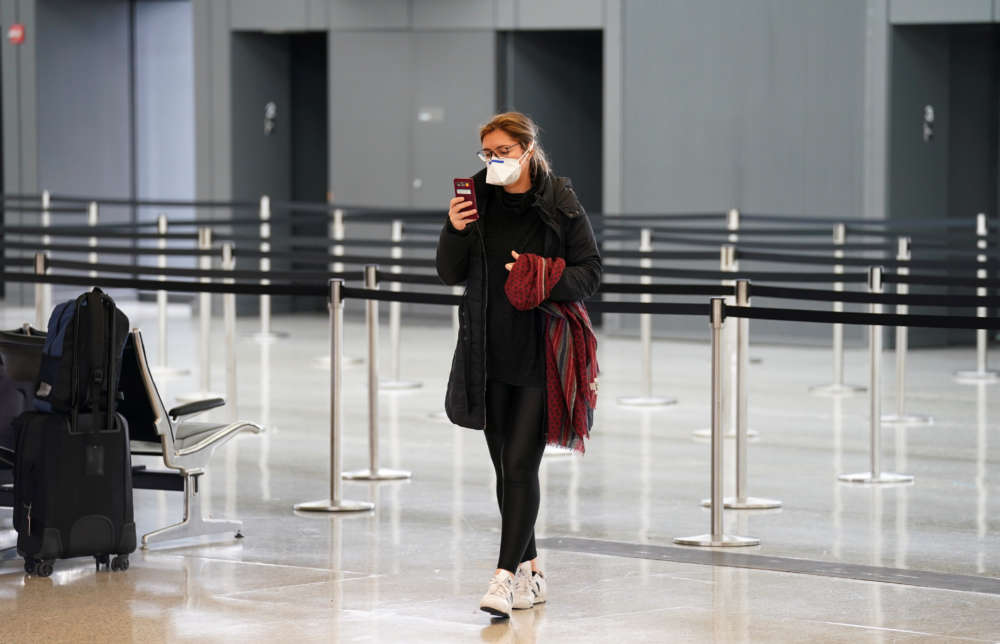 From Disneyland to the U.S. Supreme Court, from Wall Street to Dodgers Stadium, nearly every facet of American life fell into turmoil on Thursday as the coronavirus outbreak caused sweeping closures and economic disruption.

As concern grew over a rapid spread of the sometimes-fatal COVID-19 respiratory illness caused by the virus, the U.S. stock market cratered anew, professional and college sports leagues suspended play, Broadway theatres went dark and many schools from Ohio to Texas shuttered.

The unprecedented cascade of shutdowns reflected growing fears that the outbreak of the highly contagious pathogen, which has already killed at least 40 people in the United States, could race out of control unless authorities squelch large public gatherings.

As companies locked their offices and sent employees to work from home, fears of a recession rose in step with the number of U.S. infections, which jumped to more than 1,300 on Thursday. The concerns were reflected in U.S. stock markets, with major indexes now in bear-market territory – down at least 20% from their recent high.

New York City Mayor Bill de Blasio declared a state of emergency, granting him new powers as the number of confirmed cases rose to 95 in the nation’s most populous city.

“We are getting into a situation where the only analogy is war and a wartime dynamic,” de Blasio said, referring to an expected surge in demand for hospital beds.

From California to New York, officials banned large gatherings and closed museums and other institutions without saying how long the directives would stay in place, compounding the uncertainty.

After the Trump administration imposed sweeping restrictions on air travel between the United States and Europe, Gabriella Ribeiro, a Wayne, New Jersey-based travel consultant, said she was fielding a flood of panicked calls from customers.

“We call it the ‘C’ word,” Ribeiro said of coronavirus. “We’ve been through Ebola and SARS, but I haven’t seen this level of panic among travelers since 9/11.”

With cancellations hitting everything from Little League baseball to school fairs, the rituals of American life started to grind to a halt.

Officials in hard-hit areas, including New York and Washington states, sought to balance the need to protect the public without crippling economic activity.

Hollywood postponed the release of several movies and theatres around the world closed over the health crisis.

The Walt Disney Company shuttered their large U.S. properties, including Disneyland in California and Disney World in Florida.

In Washington, D.C., officials closed the U.S. Capitol complex to the public after a staffer for a senator from Washington state tested positive for the coronavirus. The Supreme Court closed to the public indefinitely, and the Kennedy Center canceled all performances.

Oscar-winning actor Tom Hanks and at least one player in the National Basketball Association announced that they had tested positive for the coronavirus.

The patchwork of state and local directives to stem the tide of infections came as U.S. health officials struggled to expand the country’s limited testing capacity.

“The system is not really geared to what we need right now,” Anthony Fauci, the top U.S. official on infectious diseases, said at a congressional hearing. “The idea of anybody getting it (testing) easily the way people in other countries are doing it, we’re not set up for that.”

Two U.S. senators, Rick Scott and Lindsey Graham, opted for self-quarantine after interacting with a delegation led by Brazilian President Jair Bolsonaro in Florida. One of Bolsonaro’s team has tested positive for the virus.

President Donald Trump and Vice President Mike Pence also met the Brazilian delegation, but White House spokeswoman Stephanie Grisham said both of them had “almost no interactions with the individual who tested positive and do not require being tested at this time.”

Republicans initially balked at a sweeping coronavirus economic aid package crafted by Democrats in the House of Representatives. After a day-long negotiating session, House Speaker Nancy Pelosi said late Thursday that they were close to a deal with the administration.

The Senate canceled a scheduled recess and will return next week to work on legislation.

The Trump administration spelled out details of new rules on U.S. citizens and permanent residents’ returning from Europe under restrictions that ban most Europeans from entering the United States.

“Americans coming home will be funneled through 13 different airports, they’ll be screened, and then we’re going to ask every single American and legal resident returning to the United States to self-quarantine for 14 days,” Pence said.

Trump defended his decision, which goes into effect at midnight on Friday and lasts for 30 days. He said the ban could be lengthened or shortened.

The restrictions will heap pressure on airlines already reeling from the pandemic, hitting European carriers the hardest, analysts said.

By In Cyprus
Previous article
Economic fears in Cyprus over Italy’s lockdown
Next article
Coronavirus: Schools close, stricter rules for arrivals from UK as measures stepped up