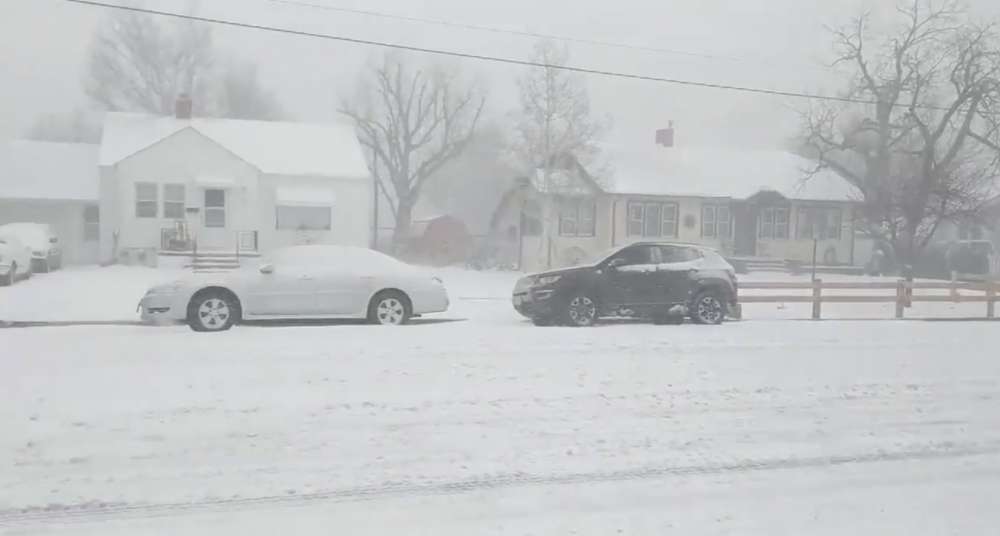 A powerful April blizzard threatened the north-central part of the United States on Wednesday, as it pushed east across the Rockies and into the Plains states, raising the threat of more flooding in areas still recovering from a deluge last month.

Warm spring temperatures will give way to heavy snow, gale-force winds and life-threatening conditions across a swath of the central United States running from Colorado to Minnesota over the next two days, the National Weather Service said.

“This is potentially a life-threatening storm,” said Patrick Burke, a meteorologist with the NWS Weather Prediction Center in Maryland.

In March, a late-winter “bomb cyclone” triggered heavy rainfall over the region and combined with melting snow to cause extensive flooding along the Missouri River and its tributaries. The deluge resulted in more than $3 billion in damage to property and crops in Nebraska and Iowa alone.

This week’s storm is bringing huge swings in air temperature to Colorado. Temperatures in the state capital of Denver reached 85 degrees Fahrenheit (30 Celsius) on Tuesday, but dropped down to 35F (2C) on Wednesday and were expected to be 21F (minus 6C) by nighttime, forecasters said.

The slow-moving storm is set to bring heavy, wet snow across the region. Residents could expect downed trees, widespread power outages and road closures, Burke said. Driving is likely to be treacherous, he said.

Some areas of western Minnesota and southeast South Dakota could see as much as 30 inches (76 cm) of snow.

South Dakota Governor Kristi Noem on Wednesday closed state government offices in 52 counties under a blizzard warning, according to a statement from her office. Residents were urged to stay home and avoid travel unless necessary.

Two factors may limit the flooding, forecasters said. The ground has thawed in most areas since last month, allowing for better absorption than during the aftermath of the March storm. In addition, precipitation this time is expected to be in the form of snow rather than rain, slowing the runoff process.

Areas in South Dakota and Iowa surrounding the Missouri river are still in flood stage following last month’s severe weather, said Marc Chenard, a meteorologist for the NWS, on Wednesday.

“The system will cause some additional rises on several of the rivers in the area,” Chenard said. “In Nebraska a lot of them have come down into minor flooding. Right now the worst of the flooding is in South Dakota and Iowa.”

Chenard added that the river had crested but was expected to peak again during the blizzard event.

More than 700 flights were canceled at Denver International Airport on Wednesday, according to FlightAware.com, an airline tracking website. Airport officials said they had snow-removal crews in place.

The weather system is expected to weaken and push off into the Great Lakes area and northern Michigan on Friday, bringing rain and snow to the region, the weather service said.

By In Cyprus
Previous article
US Senator Menendez to visit Cyprus next week
Next article
What’s happening with Metropolis Mall?