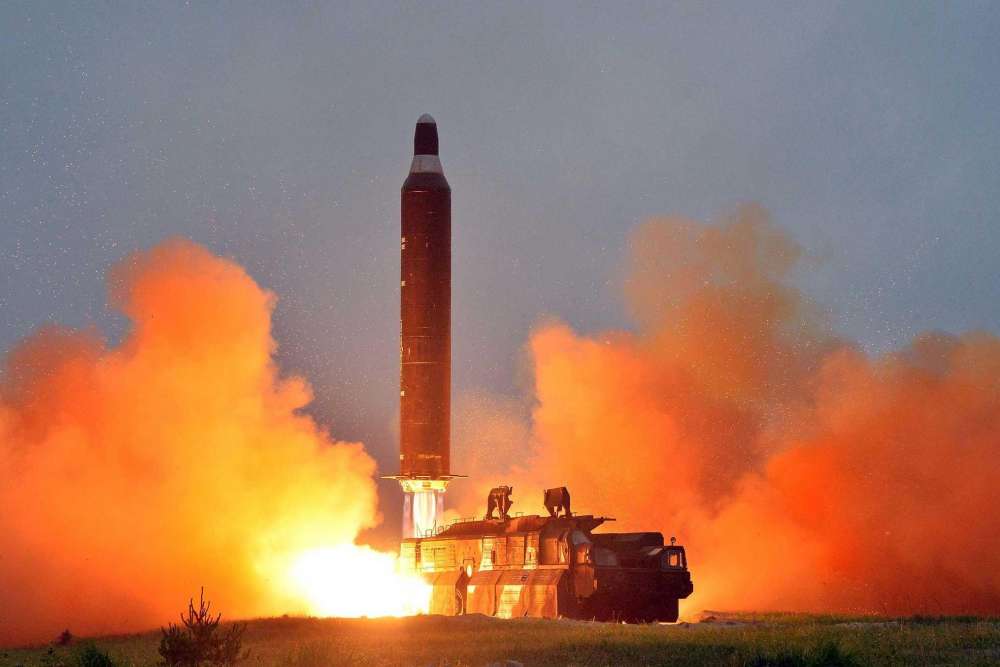 North Korea has not stopped its nuclear and missile programs in violation of United Nations sanctions, according to a confidential U.N. report seen by Reuters on Friday.

The six-month report by independent experts monitoring the implementation of U.N. sanctions was submitted to the Security Council North Korea sanctions committee late on Friday.

“(North Korea) has not stopped its nuclear and missile programs and continued to defy Security Council resolutions through a massive increase in illicit ship-to-ship transfers of petroleum products, as well as through transfers of coal at sea during 2018,” the experts wrote in the 149-page report.

The North Korean mission to the United Nations did not respond to a request for comment on the report.

The U.N report said North Korea is cooperating militarily with Syria and has been trying to sell weapons to Yemen’s Houthis.

The report comes as Russia and China suggest the Security Council discuss easing sanctions after U.S. President Donald Trump and North Korean leader Kim Jong Un met for the first time in June and Kim pledged to work toward denuclearization.

The United States and other council members have said there must be strict enforcement of sanctions until Pyongyang acts.

The U.N. experts said illicit ship-to-ship transfers of petroleum products in international waters had “increased in scope, scale and sophistication.” They said a key North Korean technique was to turn off a ship’s tracking system, but that they were also physically disguising ships and using smaller vessels.

The Security Council has unanimously sanctioned North Korea since 2006 in a bid to choke off funding for Pyongyang’s nuclear and ballistic missile programs, banning exports including coal, iron, lead, textiles and seafood, and capping imports of crude oil and refined petroleum products.

The experts said “prohibited military cooperation with the Syrian Arab Republic has continued unabated.” They said North Korean technicians engaged in ballistic missile and other banned activities have visited Syria in 2011, 2016 and 2017.

A country, which was not identified, showed the experts a July 13, 2016 letter from a Houthi leader inviting the North Koreans to meet in Damascus “to discuss the issue of the transfer of technology and other matters of mutual interest,” according to the report.

The experts said that the effectiveness of financial sanctions was being systematically undermined by “deceptive practices” of North Korea.