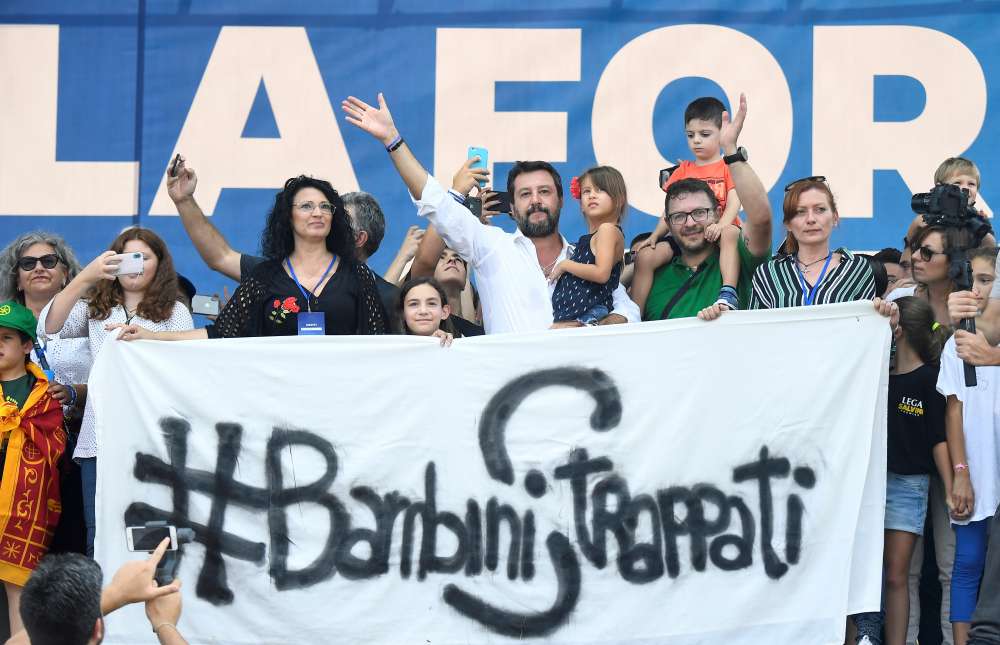 Italy’s far-right League will unleash a battery of referendums to try to sink reforms planned by the new government, party leader Matteo Salvini said on Sunday, denouncing his former coalition allies as traitors.

The League governed with the anti-establishment 5-Star Movement for 14 months before Salvini pulled down the coalition last month in an attempt to trigger early elections and cash in on his surging popularity.

However, in a shock move, 5-Star hooked up with its former arch enemy, the pro-European Democratic Party (PD), to create a new administration and leave Salvini languishing in opposition.

“We will challenge those traitors who are closed away in their offices,” Salvini told thousands of flag-waving supporters in Pontida, a small town in the northern region of Lombardy which is considered the spiritual home of the League.

“In the coming months, there will be a government of the people,” he said, promising to force referendums to undo planned legislation, including a likely change in the electoral law that might make it harder for the League to take power in future.

“We have had enough of stitch-ups and betrayals,” Salvini said, also promising a referendum if the coalition sought to overturn a law he introduced last month that blocked Italy’s ports to migrant rescue ships.

Referendum have to be held in Italy if at least 500,000 voters petition for one.

“If they touch our security decree, then we won’t raise 500,000 signatures, but rather five million to defend the sacred borders of our nation,” said Salvini.

In a sign the new government would adopt a softer stance on immigration, a French charity ship was allowed to enter the port of Lampedusa on Saturday to disembark some 82 Africans it had saved off the coast of Libya.

“I think immigration is going to be grim in the months ahead. It is going to get bad,” said Salvini, whose anti-migrant drive has helped the League more than double its support since national elections in 2018, making it Italy’s biggest party.

At last year’s rally in Pontida, an ebullient Salvini predicted the League would rule for the next 30 years. In the end it barely survived a year, but rather than accept that he had made a political miscalculation, the League leader suggested he had fallen foul of an EU plot.

“The Italian people won’t be slaves to anyone,” he said.

The League said some 250 coaches had brought more than 80,000 supporters to Pontida and there was no word of criticism over Salvini’s decision to walk out of government and let the PD back into power.

“Whatever Salvini does is right,” said Alex Sirani, a League supporter from nearby Brescia.

By In Cyprus
Previous articleCanadian climate concern could carry Greens to breakthrough election
Next articlePaphos: Two hunters fined €2000 each for hunting in closed area