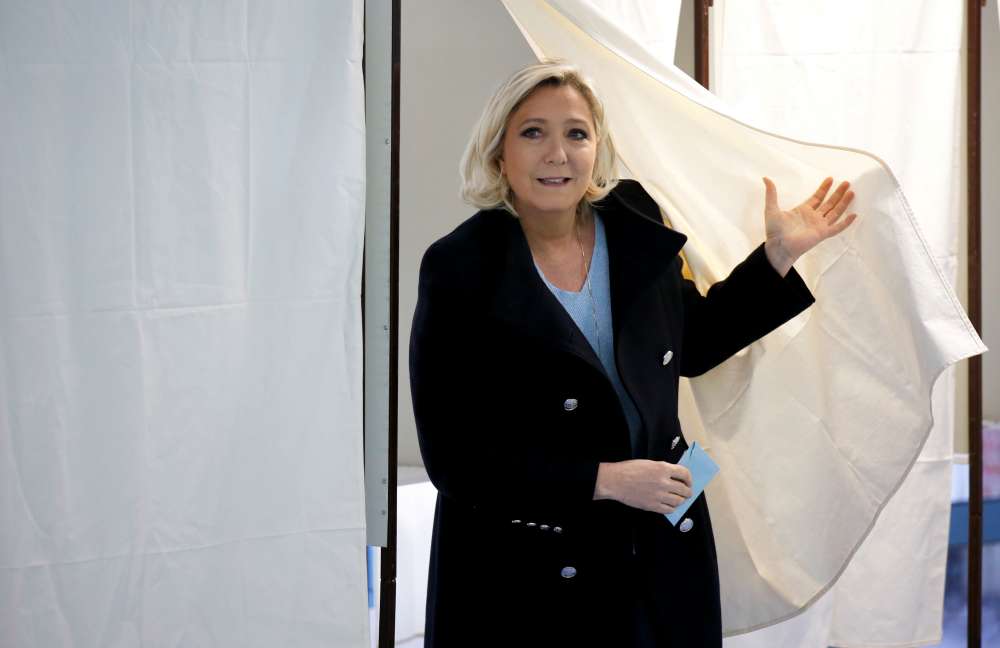 Marine Le Pen’s far-right party edged just ahead of the centrist alliance of President Emmanuel Macron in exit polls as French voters led what pollsters expected to be a nationalist surge in an EU parliament election on Sunday.

The defeat for the president was narrow amid a sharply increased turnout that was matched across the continent in what Brussels is portraying as a positive sign, in spite of gains for anti-EU groups.

Le Pen’s National Rally would get just one more seat than Macron’s En Marche, with 24 of France’s 74 in the European Parliament, the exit poll showed.

But it was a bitter blow for those who hope the French leader can inspire Europeans to embrace the Union as an answer rather than as part of the problem in the face of social change that has bewildered and frustrated some voters.

Macron’s office immediately put out a statement calling the performance — 22.5% for En Marche against 24.3% for the party of the woman he beat to the presidency — disappointing but no disaster. And it noted that pro-EU parties were in the majority.

The French Greens also did well, coming third in a crowded field, to add to the dazzling second place of their German counterparts, lending further credibility to expectations of a “green wave” that will influence policy in the coming years.