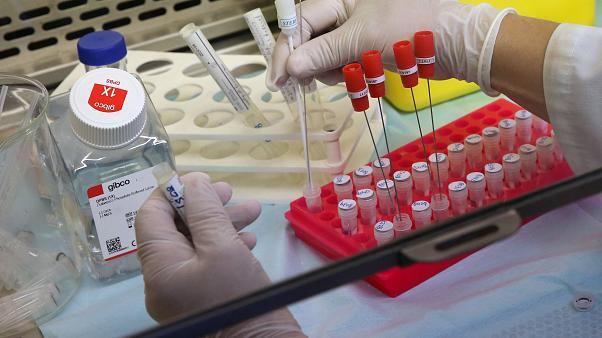 The United States on Wednesday set a daily record for new coronavirus cases a day after the presidential election, while Italy locked down the financial capital of Milan.

At the same time, Indonesia fell into recession for the first time in over two decades.

* Denmark will cull its mink population of up to 17 million after a mutation of the coronavirus found in the animals spread to humans, the prime minister said on Wednesday.

* Poland will announce more restrictions on Wednesday, as daily infections and deaths reached new records, while Hungary will close entertainment venues and impose a night-time curfew.

* British employers cut their hiring for permanent positions for the first time in three months in October and relied increasingly on temporary staff in the face of a second wave of restrictions, a survey showed.

* Coronavirus patients in U.S. hospitals breached 50,000 on Tuesday, the highest level in nearly three months, as a surge in infections threatens to push the nation’s health care system to the edge of capacity.

* Mainland China has barred entry to some travellers from Britain and Belgium and set strict testing requirements on visitors from the United States, France and Germany, as it reimposed border restrictions in response to rising global cases.

* Cyprus announced new restrictions on Wednesday to fight a resurgence of COVID-19 after a rise in cases in recent weeks.

* Bahrain has granted emergency approval for the use of a Chinese vaccine candidate currently in phase III trials on frontline workers, state news agency BNA said.

* The COVID-19 vaccine developed by the University of Oxford could present late-stage trial results before year end, the chief trial investigator for the vaccine said.

* Newly introduced restrictions could slow economic recovery or even lead to a contraction in Spain and other European countries in the fourth quarter, European Central Bank policy maker Pablo Hernandez de Cos said.

* Indonesia fell into recession for the first time in over two decades in the third quarter as the pandemic battered consumption and business activity in Southeast Asia’s largest economy, official data showed.