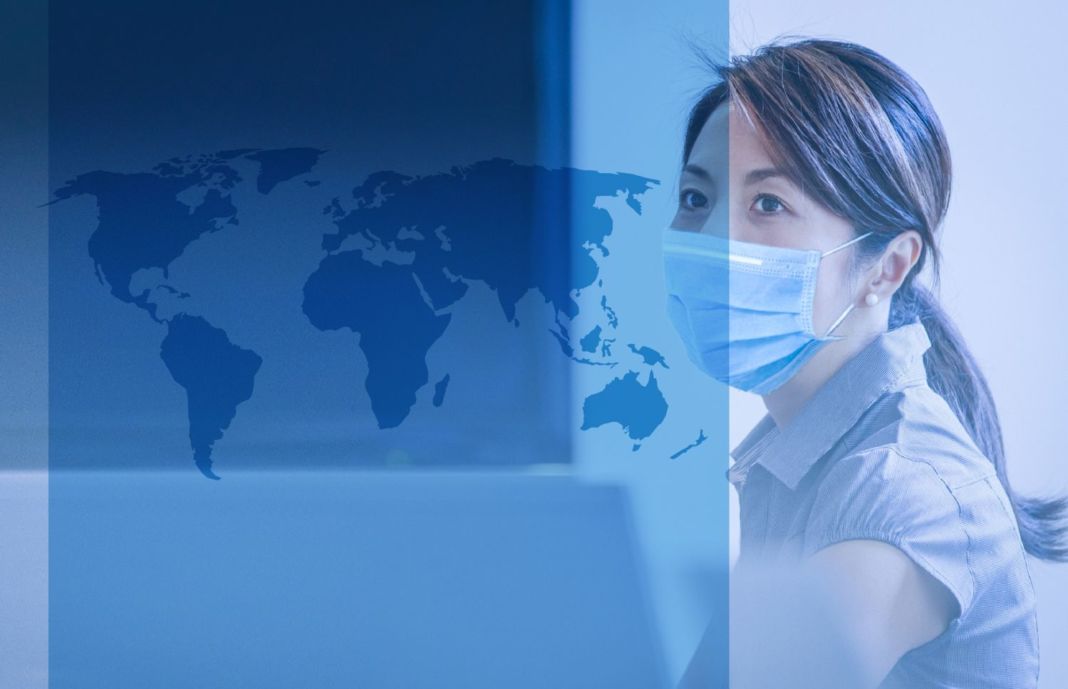 The number of coronavirus infections exceeded more than 1.32 million globally, with 74,087 deaths, according to a Reuters tally as of 0200 GMT.

British Prime Minister Boris Johnson was fighting worsening coronavirus symptoms in an intensive care unit on Tuesday, leaving his foreign minister to lead the government’s response to the accelerating outbreak.

The coronavirus is the European Union’s biggest ever challenge and member states must show greater solidarity so that the bloc can emerge stronger from the economic crisis, German Chancellor Angela Merkel said.

A total of 15 elderly people died from coronavirus at a care home in the Portuguese city of Aveiro.

The rate of deaths in Spain slowed for the fourth day on Monday as the government contemplated a gradual easing of a lockdown in the nation with the second-highest death toll.

France’s coronavirus figures on Monday showed the rate of increase in fatalities – now at almost 9,000 – sped up again after several days of slowing.

Switzerland said it was too early to ease restrictions, even as neighbouring Austria sketched out plans to start loosening a national lockdown.

Denmark plans to reopen day care centres and schools for children in first to fifth grade on April 15 as a first step to gradually relax a three-week lockdown.

Poland’s ruling nationalists edged closer to a green light for holding a May presidential election as a postal ballot due to the pandemic.

The governors of New York and New Jersey said on Monday their states were showing tentative signs of a “flattening” of the outbreak, but warned against complacency as total cases in the country reached 330,891 and death toll rose to 8,910.

Democratic Governor Tony Evers moved to postpone Wisconsin’s primary election from Tuesday until June 9, citing health risks from the pandemic, but Republicans said they would challenge the order in the state Supreme Court.

Up to 20% of U.S. children infected by the virus require hospitalization, with infants under age 1 most likely to be in that group, according to the government’s first in-depth analysis of the disease in the youngest patient population.

Some patients being treated for trauma aboard U.S. military hospital ships in New York and Los Angeles have tested positive for the coronavirus, the Pentagon said on Monday.

Canada said it was pressing Washington over a complaint that U.S. officials had blocked the export of three million face masks bought by the province of Ontario.

Colombia said it will extend a nationwide quarantine until April 27.

Mainland China reported a drop in new cases, while Wuhan, the initial epicentre of the outbreak, saw no new deaths for the first time. China had 32 new cases on Monday, down from 39 cases a day earlier.

Thailand reported 38 new cases and the death of a 54-year-old man.

India, the world’s main supplier of generic drugs, has lifted restrictions on the export of 24 pharmaceutical ingredients and medicines.

Japanese Prime Minister Shinzo Abe is set to announce a state of emergency for the capital Tokyo and six other prefectures.

Japan will compile a supplementary budget worth 16.80 trillion yen ($154.45 billion) to help fund stimulus spending to combat the outbreak.

Philippine President Rodrigo Duterte approved the extension of lockdown and home quarantine measures covering more than half of the population.

Morocco made wearing face masks mandatory starting on Tuesday for anyone allowed to go out during the outbreak.

Saudi Arabia placed its capital Riyadh and other big cities under a 24-hour curfew, while Kuwait announced a full lockdown of two densely populated districts and extended a public holiday by two weeks until April 26.

Iran will never ask the United States for help in the fight against the coronavirus, Foreign Ministry spokesman Abbas Mousavi said.

Illinois became the first state to get a negative rating outlook in the wake of the coronavirus crisis, which will put the state’s finances and economy under pressure, an S&P Global Ratings analyst said on Monday.

Australian job advertisements suffered their largest drop in more than a decade in March as strict social distancing rules and business closures curbed demand for labour.

Argentina’s economic outlook for 2020 has darkened abruptly, a central bank poll showed on Monday, a major hit as the country tries to emerge from recession and stave off a damaging sovereign default.

A near total closure of U.S. businesses as authorities try to control the spread of the novel coronavirus could make U.S. economic data unreliable in the coming months and harder to get a clearer picture of the severity of the recession caused by the virus.

The franchise-based Global Rapid Rugby competition cancelled their inaugural season after just one round of games.

This year’s 149th Open Championship due to be held at Royal St George’s has been cancelled.