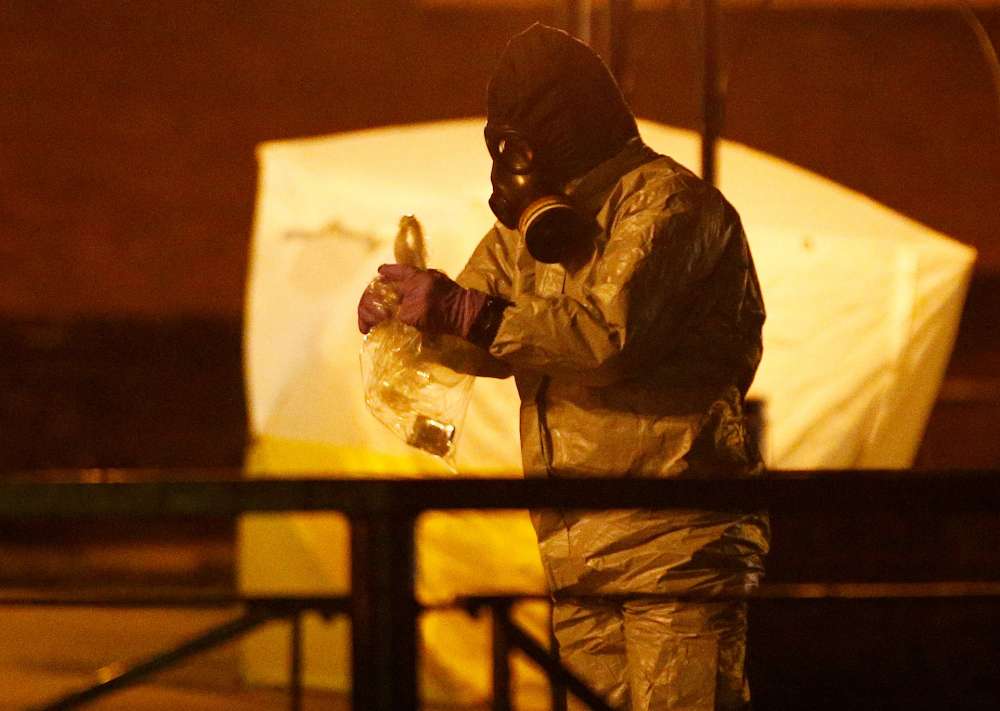 The Kremlin denied on Thursday that Russia was in any way involved in the poisoning of a former Russian spy and his daughter, describing British accusations that an attack had been approved by senior Russian officials as “unacceptable”.

Britain charged two Russians in absentia on Wednesday with the attempted murder of Sergei and Yulia Skripal in the English city of Salisbury. It said the two suspects were Russian military intelligence officers almost certainly acting on orders from high up in the Russian state.

“We again say that neither the upper leadership, nor the leadership a rank lower or any official representatives had or have anything to do with the events in Salisbury,” Kremlin spokesman Dmitry Peskov told reporters on a conference call.

“Any suggestions of this kind or accusations, I repeat, are unacceptable,” he said.

British police have released images of two men they said flew to Britain using the aliases of Alexander Petrov and Ruslan Boshirov to kill Skripal with Novichok, a military-grade nerve agent.

Peskov said Moscow was unable to check the identities of the men because it had not received a formal request to do so from London. Britain has said it will not ask Moscow to extradite the men because Russia’s constitution forbids it.

“For the Russian side to be able to take any kind of action or decide to take action with regards to these people, we need to receive a corresponding request from the British side …” Peskov said.

Skripal — a former colonel in Russian military intelligence who betrayed dozens of agents to Britain’s MI6 foreign spy service — and his daughter were found slumped unconscious on a park bench in March. They spent weeks in hospital before being discharged.

A woman near Salisbury, Dawn Sturgess, died in July and her partner Charlie Rowley fell ill after Rowley found a counterfeit bottle of Nina Ricci perfume containing Novichok and brought it home.

People using the same passports as Petrov and Boshirov travelled widely in Europe, visiting cities including Amsterdam, Geneva, Milan and Paris, according to an online Russian news outlet.

By In Cyprus
Previous articleCyprus Agrotourism: The best villages to visit in September
Next articleDutch FM hopes for resumption of Cyprus talks, is convinced a settlement can be reached