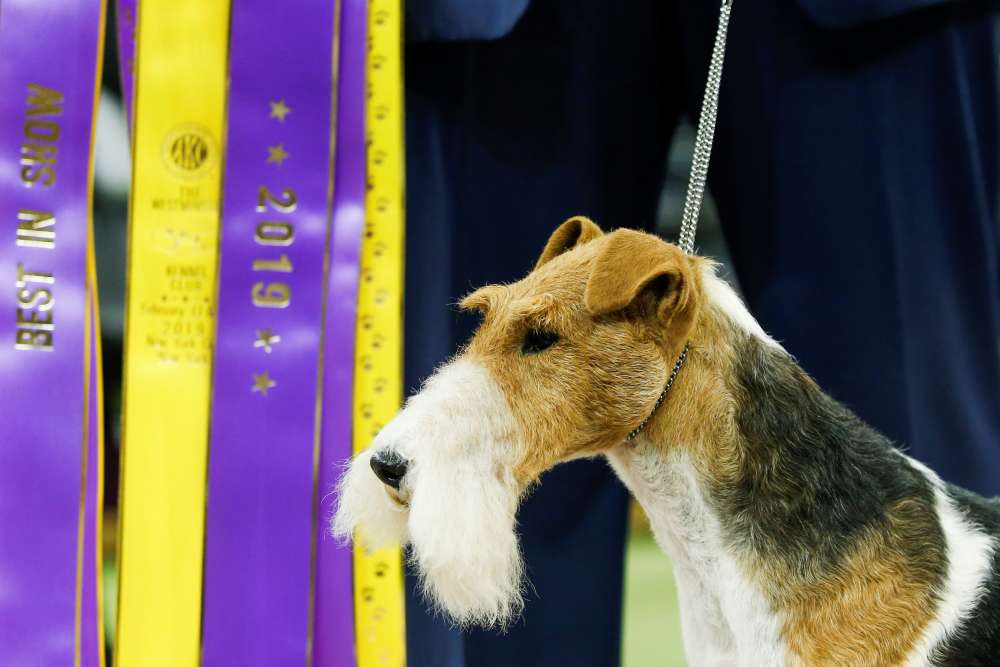 A wire fox terrier won “Best in Show” at the Westminster Kennel Club Dog Show in New York on Tuesday, emerging as the top dog among nearly 3,000 barking, tail-wagging competitors.

The animal, named King, captured the most coveted prize at the two-day event at Madison Square Garden, besting challengers from all 50 U.S. states and 14 countries. The competition drew 2,800 dogs from 203 breeds and varieties.

“Tonight is … I can’t even describe it,” said an emotional Gabriel Rangel, King’s handler, on the floor of Madison Square Garden.

“After you win this magnificent show there’s really nothing else to win. He should be running around in a field of grass,” Rangel said moments after King won the terrier group and claimed the top trophy over finalists from five other groups.

King, who is 7 years old, became the 15th wire fox terrier to win the prestigious title with his handler, Rangel, of California, scoring his third win for Best in Show.

“The judge is the most famous terrier man in the world,” Rangel said. “And everybody in this country knows, we respect him, we love him. He taught so much to everybody…and it’s like he’s saying to you: You it!”

There were six finalist pedigree dogs competing instead of the usual seven, because the winner of the non-sporting canine group, a schipperke, was ruled ineligible before the “Best in Show” competition began.

Colton, a six-year-old member of the Belgian breed, was “excused” because of ownership eligibility requirements set by the American Kennel Club, competition officials said.

“These types of things happen at dog shows and the rules are such to maintain the integrity of the sport,” they said in a statement.

That left six winners of the hounds, toys, herding, working, sporting and terrier categories to compete for “Best in Show”.

Besides Colton, the four selected on Monday were a longhaired dachshund named Burns who won the hound group; a Havanese named Bono who topped the toy group and a bouvier des Flandres named Baby Lars who led the herding group.

The Westminster Kennel Club’s show, in its 143rd year, is the second oldest U.S. sporting event, behind only the Kentucky Derby horse race.