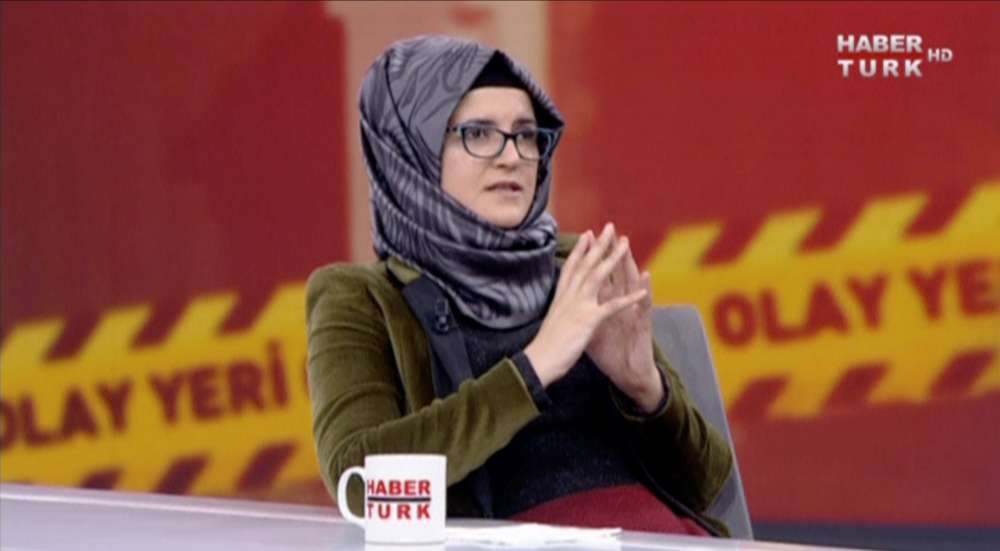 The fiancee of slain Saudi journalist Jamal Khashoggi on Friday said she did not accept an invitation from U.S. President Donald Trump to visit the White House because she thought it was aimed at influencing public opinion in his own favour.

In her first television interview since the killing, Hatice Cengiz recounted the events leading up to their visit to the Saudi consulate in Istanbul on Oct. 2 where Khashoggi handed her his two mobile phones and went inside while she waited outside for him to emerge.

Khashoggi, a Washington Post columnist and a critic of Saudi Crown Prince Mohammed bin Salman, disappeared after entering the consulate to obtain paperwork necessary for his upcoming marriage to Cengiz, a Turkish national. After weeks of denying knowledge of whereabouts, and changing its story a number of times, Riyadh has said his killing was premeditated.

“Trump invited me to the United States but I perceived it as a statement to win public favour,” Cengiz told broadcaster Haberturk, pausing at times during an interview and more than once breaking down in tears.

Trump and Prince Mohammed have cultivated warm ties though the U.S. president said earlier this week that the crown prince, as the kingdom’s de facto ruler, bore ultimate responsibility for the operation against Khashoggi. Trump also said Riyadh had staged the “worst cover-up ever” over the killing.

Cengiz said Khashoggi was concerned tensions would arise when he visited the consulate for the first time on Sept. 28, but he was treated well at that visit, which appeared to reassure him, she said.

“I know he had questions in mind about whether something untoward could actually happen at the consulate,” she told Haberturk.

He later assumed he would not ultimately be arrested or harmed in Turkey, she said.

“His local network in Turkey was very good as you know, his political network as well,” Cengiz said. “He thought Turkey is a safe country and if he would be held or interrogated, this issue would be swiftly solved.”

By In Cyprus
Previous article
Expert: The sexual behaviour of Cypriots
Next article
Florida man charged after bombs sent to Trump critics (photos)