Khashoggi family forgives those who killed their father 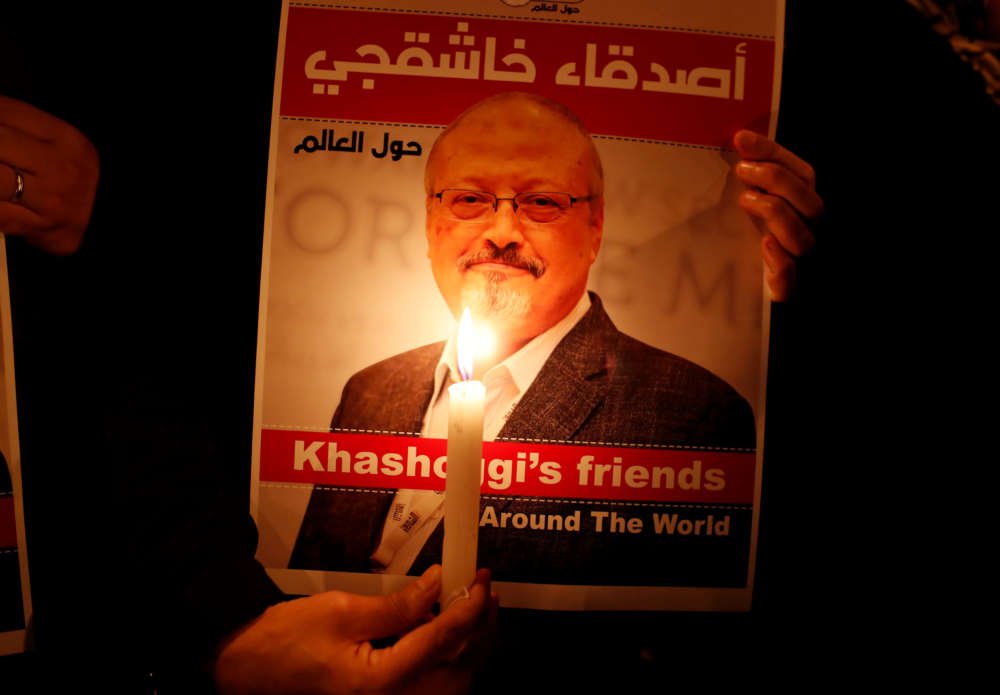 The family of slain Saudi journalist Jamal Khashoggi said on Friday that they have forgiven those who murdered their father, his son Salah wrote in a tweet.

“In this blessed night of the blessed month (of Ramadan) we remember God’s saying: If a person forgives and makes reconciliation, his reward is due from Allah.”

“Therefore, we the sons of the Martyr Jamal Khashoggi announce that we pardon those who killed our father, seeking reward God almighty” he added.

Khashoggi was last seen at the Saudi consulate in Istanbul on Oct. 2, 2018, where he had gone to obtain documents for his impending wedding. His body was reportedly dismembered and removed from the building, and his remains have not been found.

The murder caused a global uproar, tarnishing Crown Prince Mohammed bin Salman’s image. Some Western governments, as well as the CIA, said they believed he had ordered the killing.

Saudi officials say he had no role, though in September 2019 MbS indicated some personal accountability, saying “it happened under my watch”.

Saudi Arabia sentenced five people to death and three to jail over the murder of Khashoggi last December. The suspects were put on trial in secretive proceedings in the capital Riyadh.

The trials were condemned by the United Nations and rights groups. U.N. special rapporteur for extrajudicial summary or arbitrary executions, Agnes Callamard, accused Saudi Arabia of making a “mockery” of justice by allowing the masterminds of the 2018 killing to go free.

However, Salah Khashoggi said of the December verdict that “it has been fair to us and that justice has been achieved.”

By In Cyprus
Previous article
Bulgaria to allow entry of citizens from EU, Schengen countries
Next article
Priest with mask during confession