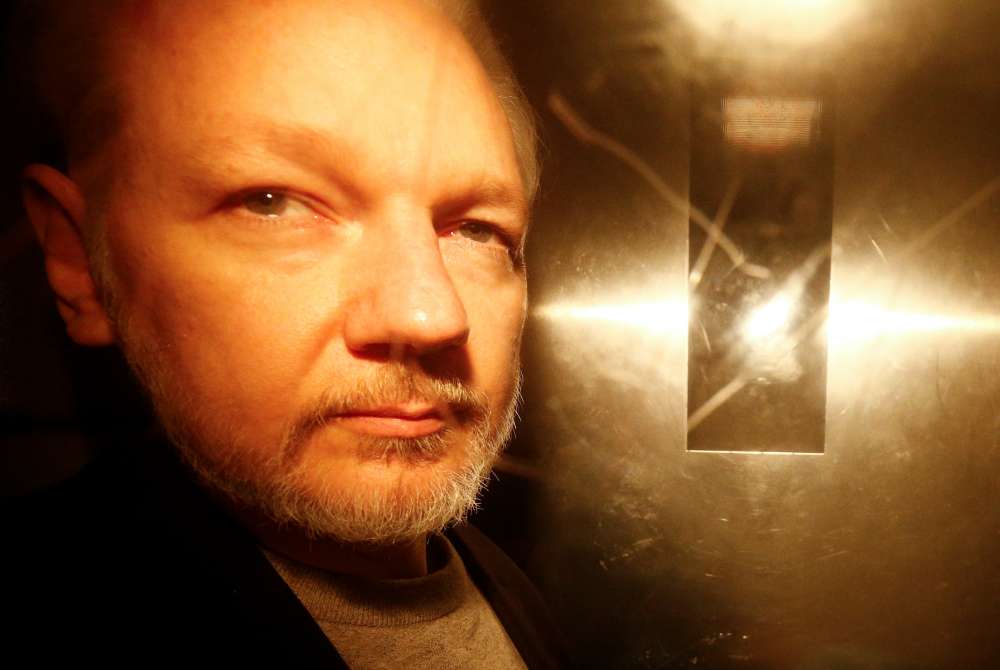 WikiLeaks founder Julian Assange was sentenced to 50 weeks in jail by a London court on Wednesday for skipping bail to enter the Ecuadorean embassy where he was holed up for almost seven years until police dragged him out last month.

Judge Deborah Taylor read out the sentence as Assange, in a black jacket and grey sweatshirt, looked on. Taylor said Assange had exploited his privileged position to flout the law and express his disdain for British justice.

He was convicted last month of skipping bail in June 2012 after an extradition order to Sweden over an allegation of rape. The maximum sentence was a year in jail.

“You remained there for nearly seven years, exploiting your privileged position to flout the law and advertise internationally your disdain for the law of this country,” Judge Taylor said at Southwark Crown Court.

She said that it had cost taxpayers 16 million pounds ($21 million) to ensure that Assange was arrested when he left the embassy.

Assange supporters chanted “shame on you” as the judge read out the verdict.

Assange was accused by two Swedish women of sexual assault and rape in 2010. Assange, who denied the allegations, fought through the courts to get an extradition order and the preliminary investigation dropped.

Just hours after Assange was removed from the Ecuadorean embassy in London on April 11, U.S. prosecutors said they had charged Assangewith conspiracy in trying to access a classified U.S. government computer.

At the hearing in London, Assange apologised for any disrespect he may have shown.

“I apologise unreservedly to those who consider that I have disrespected them by the way I have pursued my case. This is not what I wanted or intended,” Assange said in a letter read out by his lawyer, Mark Summers.

“I found myself struggling with terrifying circumstances for which neither I nor those from whom I sought advice could work out any remedy. I did what I thought at the time was the best,” Assange said.

Summers told the court that Assange had “strongly held fears” in 2012 that he would be sent from Sweden to the United States and ultimately to the Guantanamo Bay detention centre in Cuba.

Summers cited the arrest and treatment of Chelsea Manning, a U.S. Army soldier who served seven years in military prison for leaking classified data while she was working as an intelligence analyst in Iraq.

Assange‘s lawyer said Manning, who is transgender, had been subjected to sleep deprivation and forced to parade naked in front of military personnel.

Assange made international headlines in early 2010 when WikiLeaks published a classified U.S. military video showing a 2007 attack by Apache helicopters in Baghdad that killed a dozen people, including two Reuters news staff.

To some, Assange is a hero for exposing what supporters cast as abuse of power by modern states and for championing free speech. But to others, he is a dangerous rebel who has undermined U.S. security.

By In Cyprus
Previous articleBritish transport minister faces calls to quit after Brexit ferry contracts cancelled
Next articleJustice Minister: ‘I have taken my decisions and will inform President’