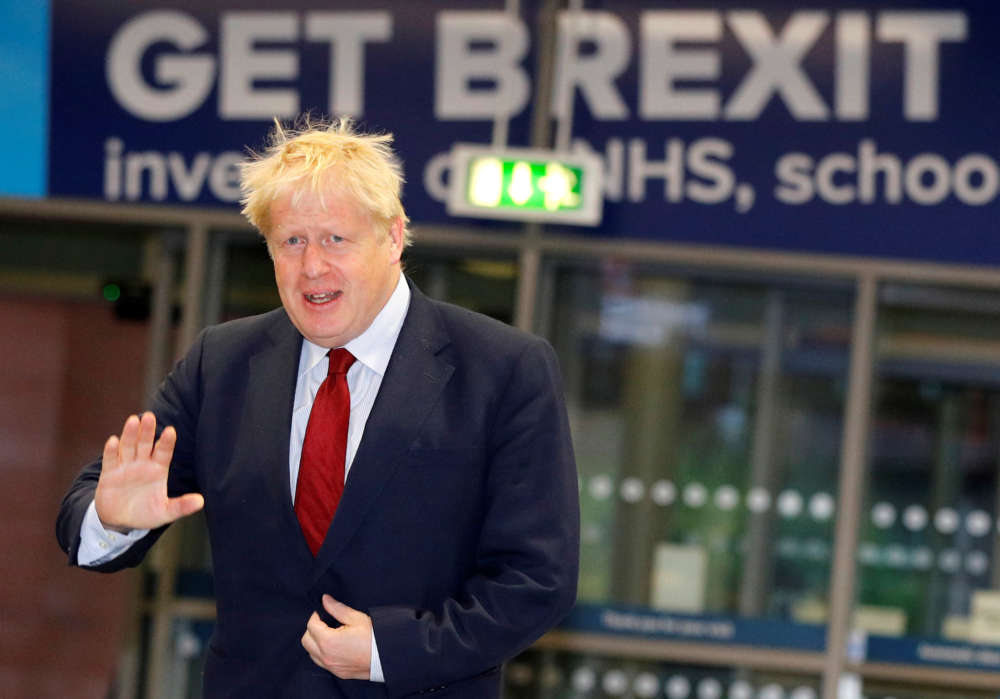 Prime Minister Boris Johnson will shortly present the European Union with proposals for an amended Brexit agreement, including new ideas that remove the contested insurance policy for the Irish border that Britain previously signed up to.

More than three years since the 2016 referendum, the United Kingdom is heading towards an Oct. 31 exit date without a clear understanding of whether it will leave with a deal, without a deal or even leave by that deadline.

Even before the proposals were formally made, Ireland dismissed the ideas that had been previously floated with Foreign Minister Simon Coveney quipping: “Non-Starter”.

Johnson said he wanted to get rid of the hotly contested element of the Brexit divorce agreement – the Irish border backstop – and that there was no point in leaving the EU if one stayed locked in an EU customs union.

“What we want to do is to get rid of the backstop, that is the most important thing,” Johnson said.

“Getting rid of the backstop is a fantastic thing because what that does is it enables the UK genuinely to take back control of our regulatory framework, our tariffs, our customs and commercial policy and it allows us to go forward with a new and exciting relationship, not just with the EU but also with the rest of the world,” he said.

The backstop is an insurance policy to prevent the return of border infrastructure between the British province of Northern Ireland and the Irish Republic.

Johnson brushed away criticism of leaked plans to manage the Irish border after Brexit, saying comments from Brussels and Dublin were not aimed at Britain’s final proposals.

“As far as I can make out from what I’ve seen from the response from Brussels and I think Dublin, they’re not talking about the proposals that we’re actually going to be taking, they’re talking about some stuff that went in previously,” Johnson told the BBC.

By In Cyprus
Previous articleChina flexes military muscle to mark 70 years of Communist rule
Next articleBank of Cyprus to announce new VRS to rationalise cost base, CEO tells CΝΑ [video]