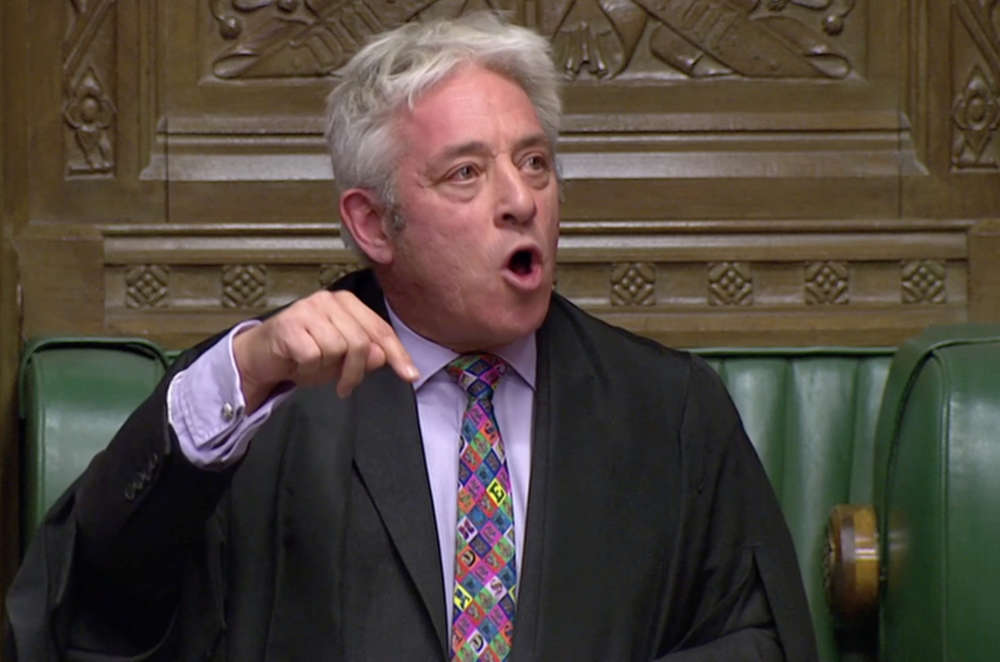 Prime Minister Boris Johnson faces a potentially perilous ratification of his Brexit divorce deal in the British parliament after the speaker refused to allow a vote on it on Monday.

With just 10 days left until the United Kingdom is due to leave the EU on Oct. 31, the divorce is again in disarray as Britain’s politicians argue over whether to leave with a deal, exit without a deal or hold another referendum.

House of Commons speaker John Bercow said a vote should not be allowed on Monday as the same issue had been discussed on Saturday when opponents turned Johnson’s big Brexit day into a humiliation.

“My ruling is therefore that the motion will not be debated today as it would be repetitive and disorderly to do so,” Bercow said, provoking the ire of Brexit supporting lawmakers who said they had been refused a chance to vote on Johnson’s deal.

Bercow said the government could still secure ratification for the Brexit deal by Oct. 31 if it had the numbers in parliament. Johnson was disappointed by the decision, a spokesman said.

But the speaker’s decision means that the government will have to try to push on with the legislation needed for ratification, a process opponents are plotting to wreck with amendments that would destroy Johnson’s deal.

Johnson was ambushed in parliament on Saturday by opponents who demanded a change to the sequencing of the ratification of the deal, exposing the prime minister to a law which forced him to request a delay until Jan. 31.

He sent the note to the European Union unsigned – and added another signed letter arguing against what he said was a deeply corrosive delay.

The European Union, which has grappled with the Brexit crisis since Britons voted 52%-48% to leave in a 2016 referendum, decided on Sunday to play for time rather than rush to decide on Johnson’s request for a delay.

From the bloc’s point of view, extension options range from just an additional month until the end of November to half a year or longer.

The government insists Britain will leave the EU on Oct. 31. Parliament will vote in the second reading on legislation known as the Withdrawal Agreement Bill on Tuesday, after which amendments can be proposed to it.

Johnson’s ministers said they were confident they had the numbers to push a deal through parliament, though there was concern that amendments could wreck Johnson’s deal.

The opposition Labour Party is planning changes to the legislation needed for Brexit that would make the deal unacceptable to swathes of Johnson’s own party — including a proposal for another referendum.

“It is becoming remarkable how often you please one lot and not the other lot,” Bernard Jenkin, a pro-Brexit Conservative Party lawmaker, told parliament.

Bercow dismissed such criticism, saying his decision was honourable and based on a long-standing convention in the House of Commons.

“He is grumbling now because he doesn’t like the judgement,” Bercow said of Jenkin. “If the government have got the numbers, the government can have their way.”

Previous bills to implement major European treaties have taken between 10 and 40 sitting days to get through parliament, according to the Institute of Government.

A spokesman for Johnson said that if the legislation strayed too far from the deal then its ratification would be placed in question.