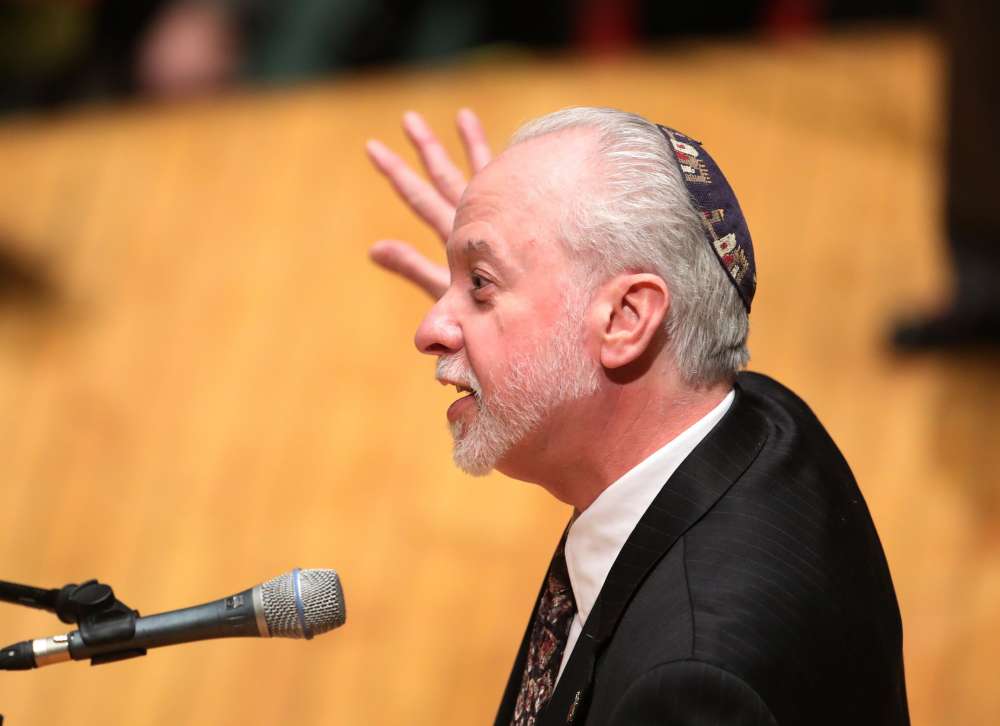 A group of Jewish leaders told President Trump that he is no longer welcome in Pittsburgh until he denounces white nationalism following the shooting at a synagogue there over the weekend.

Eleven members of the Pittsburgh affiliate of Bend the Arc: A Jewish Partnership for Justice penned a letter to Trump following the Saturday shooting at the Tree of Life Synagogue.

“Our Jewish community is not the only group you have targeted,” the group wrote. “You have also deliberately undermined the safety of people of color, Muslims, LGBTQ people, and people with disabilities. Yesterday’s massacre is not the first act of terror you incited against a minority group in our country.”

Trump was fiercely criticized after he failed to condemn white supremacy and asserted that there is “blame on both sides” after last year’s white supremacist rally in Charlottesville.

The group also said Trump is not welcome in the city until he also stops targeting minorities, immigrants and refugees.

The president has “spread lies and sowed fear about migrant families in Central America,” the group wrote.

“The Torah teaches that every human being is made b’tzelem Elohim, in the image of God. This means all of us,” the leaders wrote. “In our neighbors, Americans, and people worldwide who have reached out to give our community strength, there we find the image of God.”

Robert Gregory Bowers, 46, has been arrested and charged with the deaths of 11 worshippers at the Tree of Life Synagogue.

The attack on the synagogue is the deadliest anti-Semitic attack in U.S. history.

Trump condemned the attack as “an assault on humanity.”

“It will require all of us working together to extract the hateful poison of anti-Semitism from our world. This was an anti-Semitic attack at its worst,” Trump said during a rally Saturday night.

He condemned the gunman as a “wacko” who should get the death penalty and suggested that an “armed guard” at the synagogue could have prevented the attack.

The president, however, was criticized on social media Saturday night for tweeting about the World Series game shortly after the shooting took place.

Watching the Dodgers/Red Sox final innings. It is amazing how a manager takes out a pitcher who is loose & dominating through almost 7 innings, Rich Hill of Dodgers, and brings in nervous reliever(s) who get shellacked. 4 run lead gone. Managers do it all the time, big mistake!

Israel’s cabinet stood for a moment’s silence on Sunday to honor 11 worshippers killed in a Pittsburgh synagogue shooting and Prime Minister Benjamin Netanyahu commended U.S. President Donald Trump for his stance against anti-Semitism.

“The entire nation of Israel mourns with the families of the murdered in the horrendous massacre at the Tree of Life Synagogue in Pittsburgh,” Netanyahu said at the start of the weekly cabinet session.

Saturday’s shooting “is the biggest anti-Semitic crime” in the annals of the United States, he said, calling on the world to unite in the fight against anti-Semitism everywhere.

“It is hard to overstate the horror of the murder of Jews who congregate on the Sabbath and who were murdered only because they were Jews,” Netanyahu added.

“On my behalf, on behalf of the government of Israel and the nation of Israel I convey our heartfelt condolences to the families that have lost dear ones. We all pray for the speedy recovery of the wounded,” Netanyahu said.

By In Cyprus
Previous article
Cypriot parents more likely to accept daughter’s homosexuality rather than son’s
Next article
WHO: 9 out of 10 people breathing polluted air