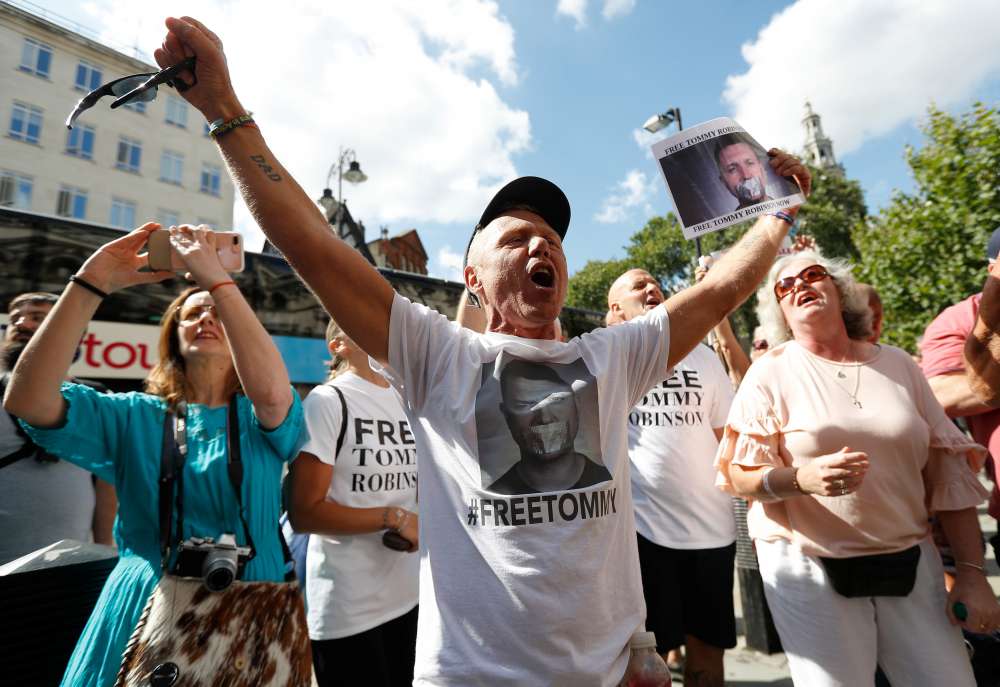 Jailed British anti-Muslim activist Tommy Robinson has been released on bail after his appeal against a conviction for contempt of court was partially granted by a London court.

He was arrested in late May outside a courthouse in Leeds, England, while making video recordings about a trial related to child molestation. He was jailed for 13 months.

Sources say his cause has been taken up by a representative of U.S. President Donald Trump who raised the case with Britain’s ambassador to the United States following lobbying by the right-wing Breitbart.com website.

On Wednesday a judge ruled at a London court that the process that convicted Robinson was flawed. He will be released from custody pending a rehearing.

Robinson‘s real name is Stephen Yaxley-Lennon, though he uses a number of aliases. He is a founder of the English Defence League, which has organized violent demonstrations against Islamic immigrants in the UK in the past decade