Archaeologists in Italy have uncovered more than two dozen beautifully preserved bronze statues dating back to ancient Roman times in thermal baths in Tuscany, in what experts are hailing as a sensational find.

The statues were discovered in San Casciano dei Bagni, a hilltop town in the Siena province,about 160 kilometres (100 miles) north of Rome, where archaeologists have been exploring the muddy ruins of an ancient bathhouse since 2019.

“It is a very significant, exceptional finding,” Jacopo Tabolli, an assistant professor from the University for Foreigners in Siena who coordinates the dig, told Reuters on Tuesday.

Massimo Osanna, a top culture ministry official, called it one of the most remarkable discoveries “in the history of the ancient Mediterranean” and the most important since the Riace Bronzes, a giant pair of ancient Greek warriors, were pulled from the sea off the toe of Italy in 1972.

Tabolli said the statues, depicting Hygieia, Apollo and other Greco-Roman divinities, used to adorn a sanctuary before they were immersed in thermal waters, in a sort of ritual, “probably around the 1st century AD”.

“You give to the water because you hope that the water gives something back to you,” he said of the ritual. 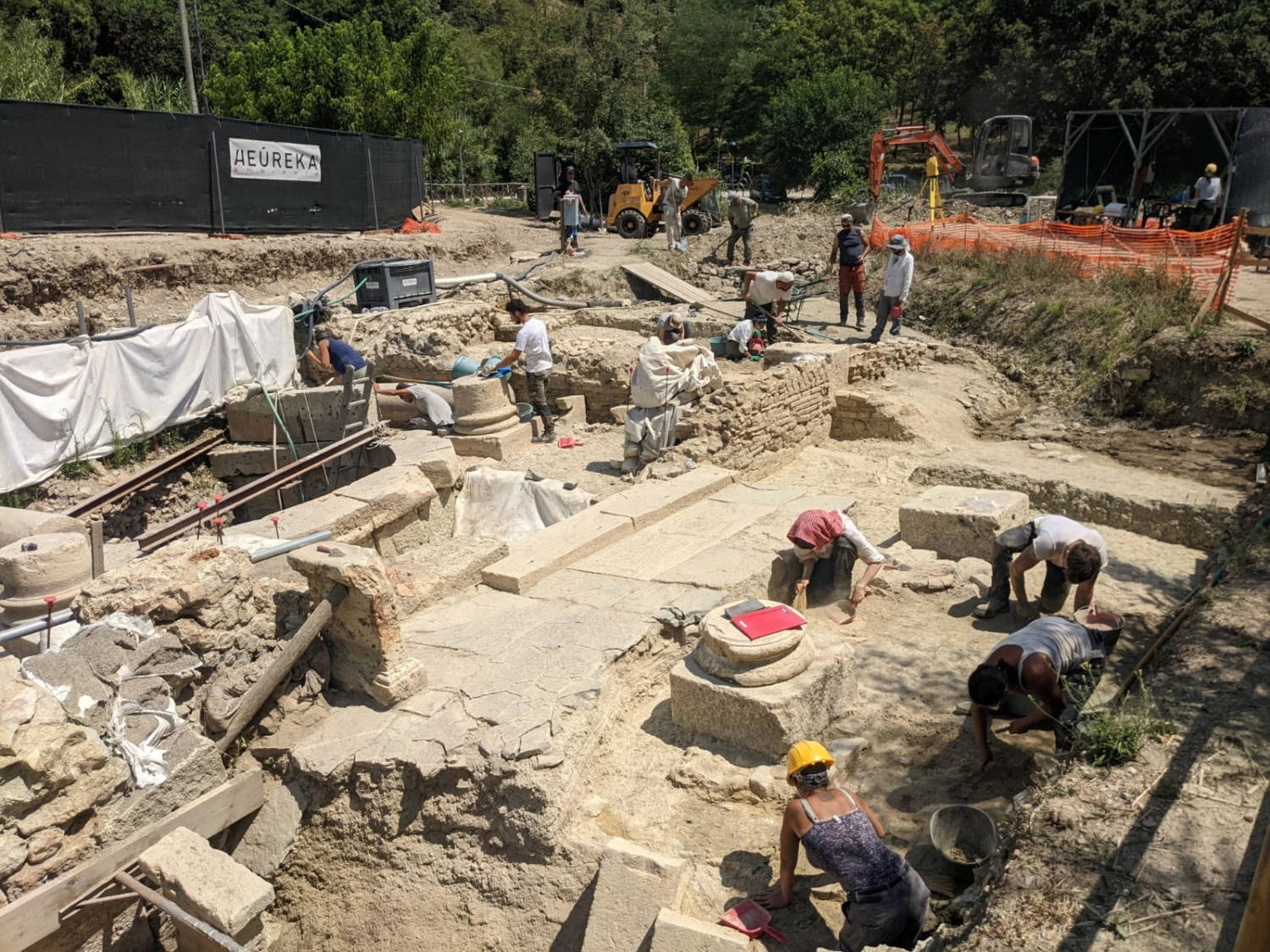 Most of the statues date to between the 2nd century BC and the 1st century AD, a period of “great transformation in ancient Tuscany” as it switched from Etruscan to Roman rule, the Culture Ministry said in a statement.

It was an “era of great conflicts” and “cultural osmosis”, in which the Great Bath sanctuary of San Casciano represented a “unique multicultural and multilingual haven of peace, surrounded by political instability and war,” the ministry said.

The statues were covered by almost 6,000 bronze, silver and gold coins, and San Casciano’s hot muddy waters helped to preserve them “almost like as on the day they were immersed,” Tabolli said.

The archaeologist said his team had recovered 24 large statues, plus several smaller statuettes, and noted that it was unusual for them to be made out of bronze, rather than terracotta.

Tabolli said this suggested they came from what he called an elite settlement, where archaeologists also found “wonderful inscriptions in Etruscan and Latin”, mentioning the names of powerful local families, the ministry statement added.

According to Culture Minister Gennaro Sangiuliano, the “exceptional discovery … confirms once again that Italy is a country of immense and unique treasures”.

The ministry said the statues have been taken to a restoration laboratory in nearby Grosseto, but will eventually be put on display in a new museum in San Casciano. 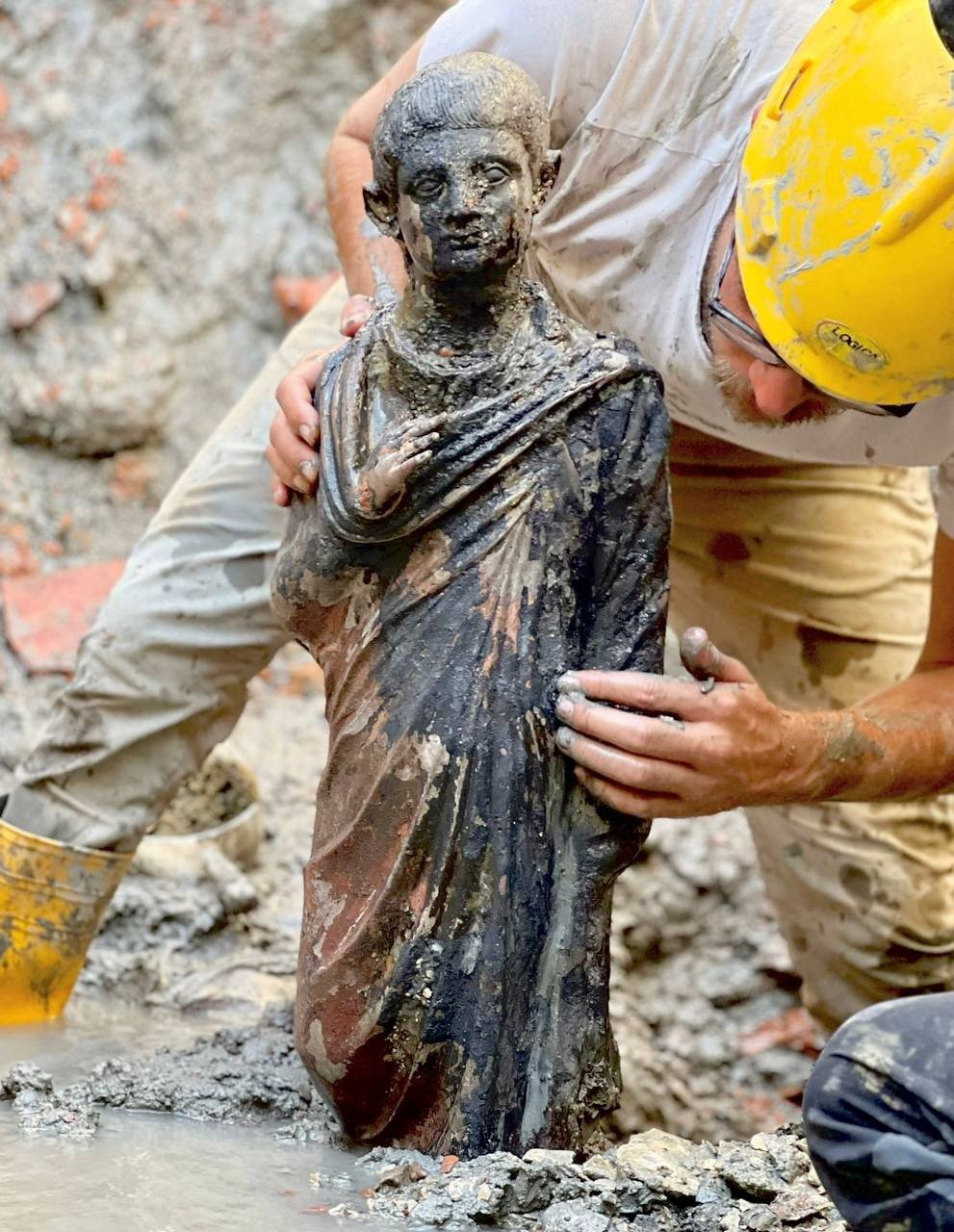 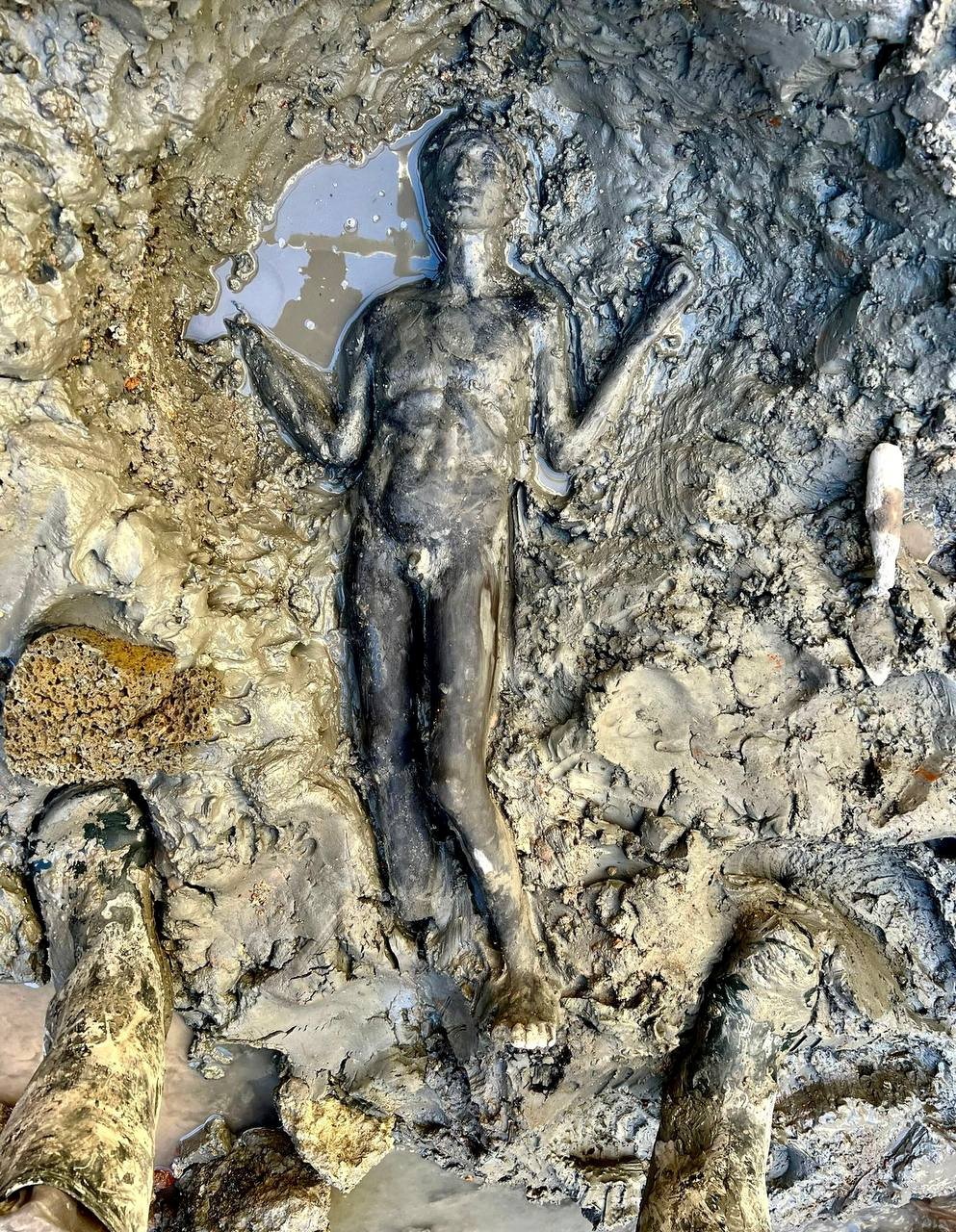