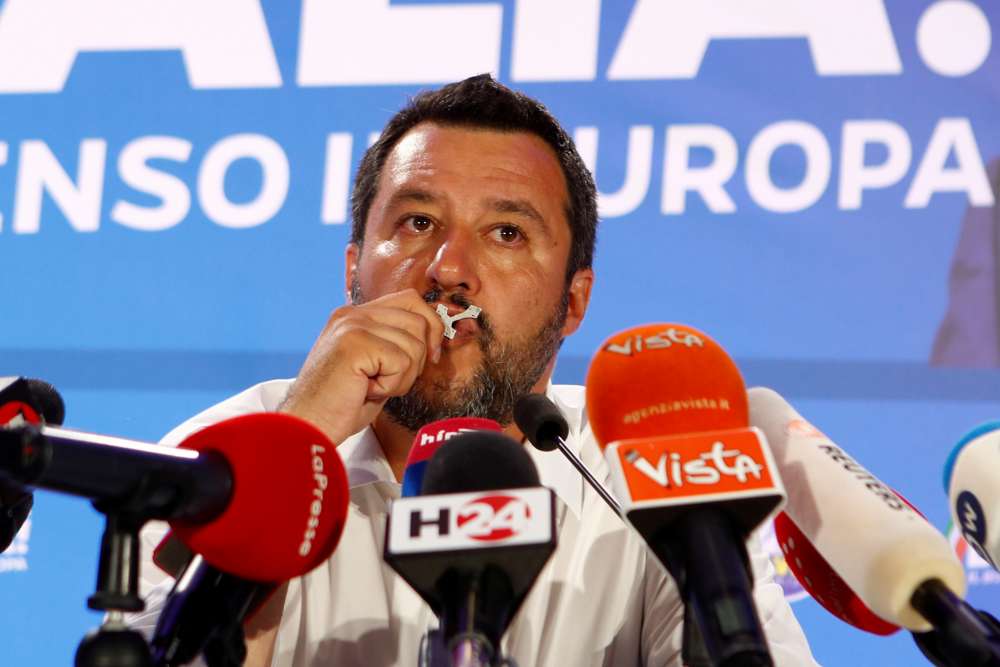 A charity rescue ship carrying 134 migrants, mostly Africans, waited off the coast of Italy on Friday as a battle between former political allies in Rome stopped it docking at the southern island of Lampedusa.

Interior Minister Matteo Salvini has ordered his officials to prevent the boat disembarking the migrants, who were rescued off Libya 16 days ago, in defiance of his own prime minister and despite six European Union nations agreeing to take them.

The migrants’ plight underlines the breakdown of Italy’s ruling coalition and how immigration has become central to Salvini’s plan to take his right-wing League party out of government, drag the nation to elections and return to power as prime minister.

Five seriously traumatised people were moved off the Open Arms boat, run by the Spanish charity group of the same name, on Thursday, accompanied by four relatives. Three more three requiring urgent medical attention were taken ashore during the night along with one companion, Open Arms said on Twitter.

“They are self-harming and getting angry with other people in the group,” Alessandro di Benedetto, a psychologist with Italian aid group Emergency, told RAI radio after examining the five people who were brought ashore on Thursday.

“Some of them are having suicidal thoughts, so they think it is better to die here than go back there,” he added.

Salvini’s tough anti-immigration stance has helped boost his popularity at the expense of coalition partners the 5-Star Movement, but his surprise bid to bring down the government and call an election is running into trouble.

Prime Minister Giuseppe Conte, who belongs to no political party but is close to 5-Star, accused Salvini on Thursday of exploiting the issue and said he had convinced six European states to take in the migrants.

Defence Minister Elisabetta Trenta, who is from the 5-Star, refused to countersign Salvini’s emergency decree.

The Open Arms is anchored off the coast of Lampedusa, which was the scene of mass arrivals for years before Salvini closed Italy’s ports to the charity ships who rescue people setting out from Africa in search of a better life in Europe.

Salvini has argued that Italy, which lies close to the Libyan coast, should no longer be the main gateway for migrants fleeing Africa for Europe. He accuses the charities of becoming “taxis” for people-smuggling gangs.

The Open Arms boat was allowed into Italian waters on Thursday after an administrative court in Rome overruled a ban on its entering that Salvini had previously imposed.

By In Cyprus
Previous articleLarnaca: Cyprus Marine and Maritime Institute (CMMI) to operate before end of 2024
Next articleAnti-Brexit party reveals candidates for emergency UK government