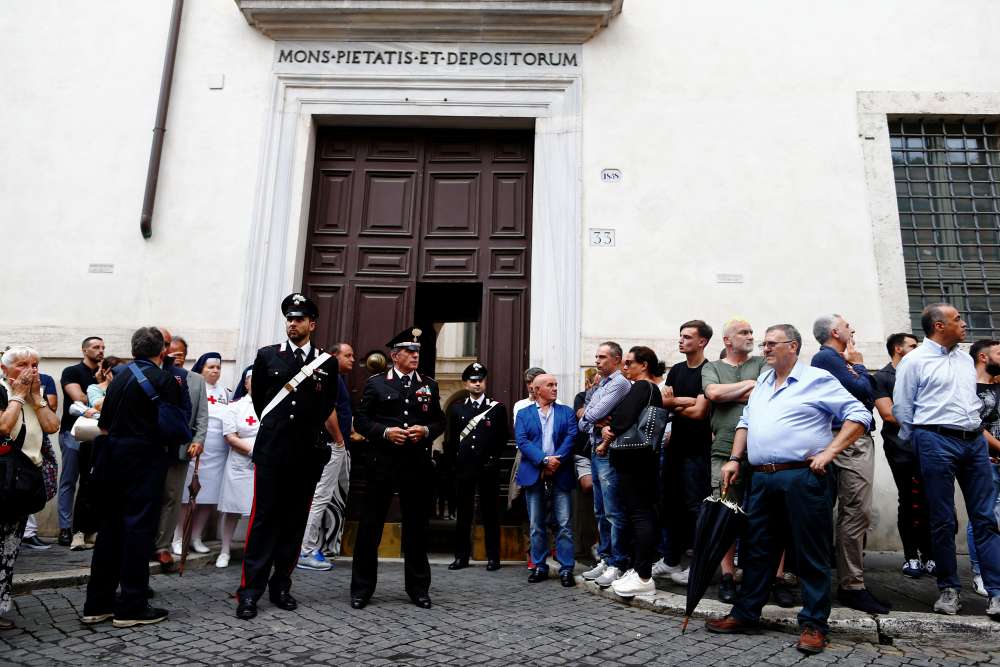 Italian police have launched an investigation into a picture showing a U.S. student suspected of killing an officer in a blindfold and handcuffs soon after the arrest.

Judicial sources said the students are Finnegan Lee Elder, 19, and Gabriel Christian Natale-Hjorth, 18, both from San Francisco. They face charges of murder and attempted extortion.

The picture of Natale-Hjorth with head bowed and eyes covered by a blue blindfold at a police station started circulating on the Internet on Saturday and was published by several Italian newspapers on Sunday.

Police did not deny the authenticity of the picture.

“The general command of the (military police) Carabinieri disassociate themselves from the release and disclosure of photos of persons arrested for the murder of (officer) Mario Cerciello Rega,” they said in a statement late on Saturday.

“The Carabinieri command in Rome is carrying out with extreme urgency an investigation to identify who is responsible.”

“To those who complain about the blindfolding of a person arrested, I remind them that the only victim to cry for is a … Carabiniere … who died while doing his job, killed by people who, if guilty, deserve spending their life in prison,” Salvini said on Twitter.