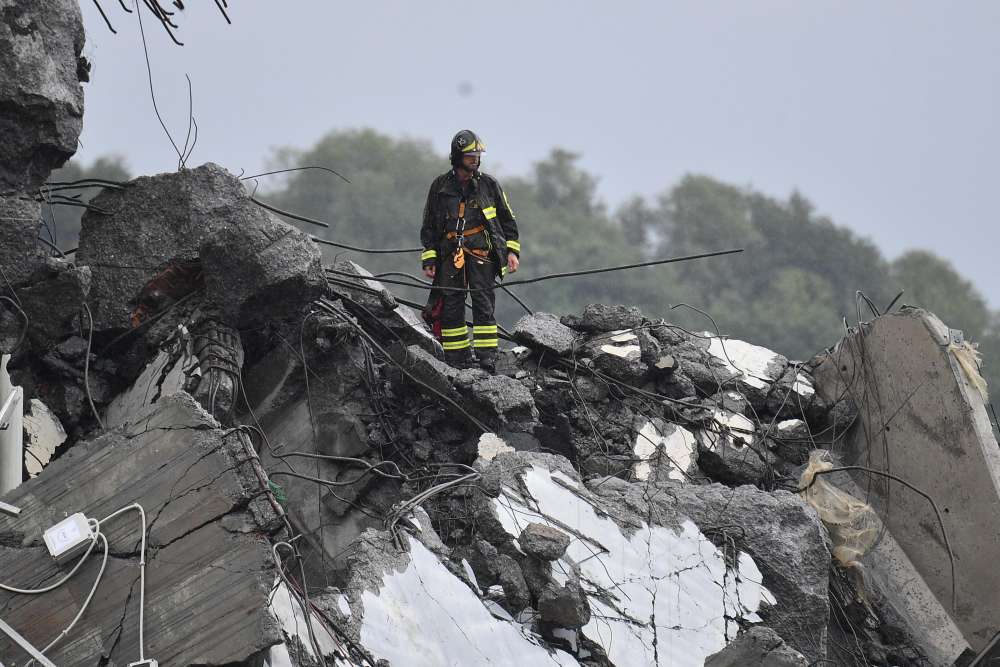 Italy’s transport minister called on Wednesday for senior managers to resign at the company operating the bridge that collapsed in the port city of Genoa, killing at least 35 people.

The government will also look into stripping Autostrade per l’Italia, a unit of the Atlantia group, of the concession to manage the motorway that included the Morandi Bridge, and imposing financial penalties on the group, Danilo Toninelli said.

The Morandi Bridge was built in 1960s on the A10 toll motorway connecting Genoa to French border.

“The top management of Autostrade per l’Italia must step down first of all,” Toninelli said in a Facebook post.

“Autostrade per l’Italia was not able to fulfill its obligations under the contract regulating management of this infrastructure,” he said on RAI 1 state television.

“I have given mandate to my ministry to start all proceedings to apply the agreement, that is to revoke the concession from these companies and seek significant sanctions which can reach up to 150 million euros based on the terms of the contract.