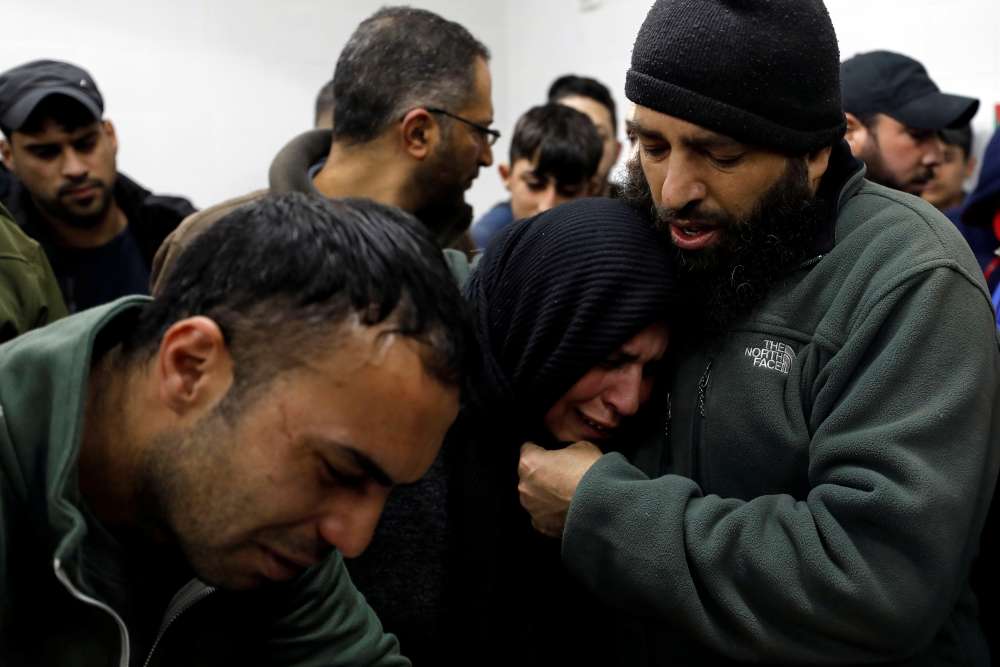 A Palestinian man was shot dead by Israeli forces on Tuesday during clashes with troops in the occupied West Bank, Palestinian health officials said.

The Israeli military said troops opened fire after Palestinians threw rocks and explosives at them during an operation southeast of the city of Ramallah.

The Palestinian health ministry said the man had lived in Qalandia refugee camp and that three other Palestinians were wounded.

Tensions have been high in the West Bank since a Palestinian killed an Israeli soldier and a rabbi in a stabbing and shooting attack in mid-March.

Israel captured the West Bank in the 1967 Middle East war. Palestinians seek to establish a state there and in the Gaza Strip, with East Jerusalem as its capital. Israeli-Palestinian peace talks collapsed in 2014.