Ireland prepares for the worst with no-deal Brexit budget 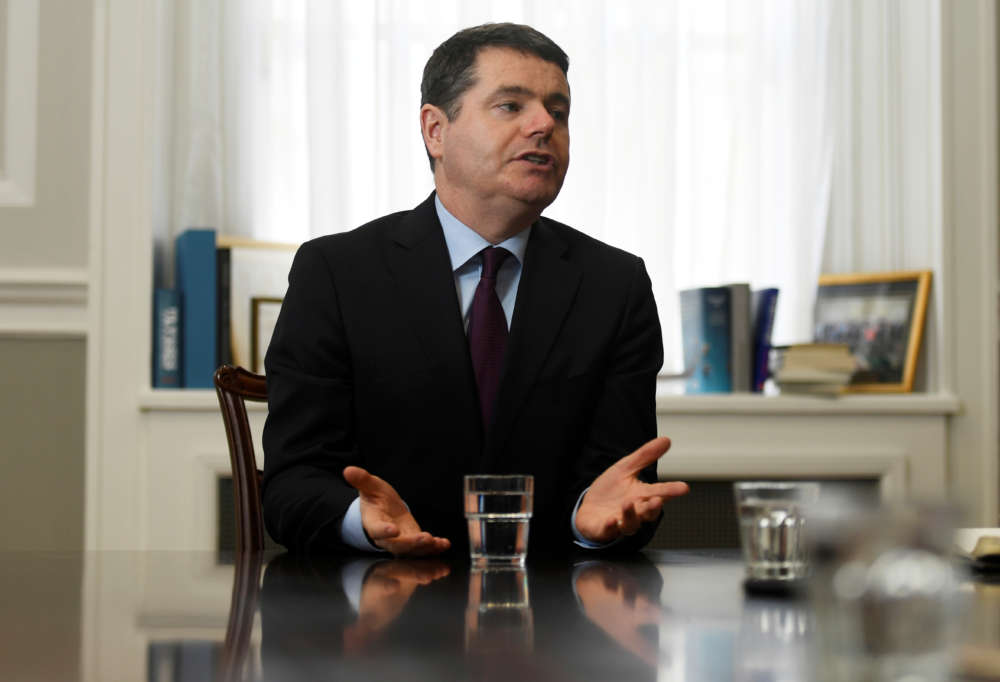 Ireland presented a no-deal Brexit budget for 2020 on Tuesday, pledging a 1.2 billion euro package to keep firms afloat by allowing the state’s finances to return to deficit if Britain leaves the European Union without a transition period.

With Britain’s latest scheduled exit from the EU just three weeks away, Finance Minister Paschal Donohoe made the call last month to assume the worst, eschewing the tax cuts and spending hikes of recent years to set aside funds for exposed businesses.

Donohoe nevertheless gave the booming economy a 2.9 billion euro boost, mostly through pre-committed extra spending in areas such as infrastructure and public sector pay — a far cry from the savage austerity budgets required a decade ago after Ireland’s financial crisis.

“This is a Budget without precedent … A budget that has been developed in the shadow of Brexit,” Donohoe told parliament in what could be his last budget. His Fine Gael party favours a May 2020 election.

“This does not mean that no-deal is inevitable. But equally we stand ready if it does happen. It is a challenge Ireland has the measure of.”

Ireland is considered the most vulnerable among remaining EU members to Brexit due to its close trade links and shared land border with the United Kingdom. The Irish government has warned economic growth could come to a near halt next year, putting up to 80,000 jobs at risk if Britain crashes out of the bloc.

While some British lawmakers think the threat of such a hit will force Ireland into a last-minute concession in negotiations, Britain’s smaller neighbour is approaching the Oct. 31 Brexit deadline with an economy that has grown faster than any other in the EU each year since 2014.

Donohoe’s main pitch was on how the government would seek to meets the demands of firms most impacted by a chaotic Brexit.

Just over half his package, which excludes any EU funds, will support the agriculture, enterprise and tourism sectors, with 220 million euros deployed immediately in a no deal Brexit to help vulnerable but viable firms adjust.

With his department forecasting that gross domestic product growth could tumble from 5.5% this year to just 0.7% in 2020 in a no-deal scenario, the budget package will lead to a deficit of 0.6% of GDP next year if Britain leaves without a deal, the lower end of an initial 0.5 to 1.5% estimate.

That marks a swift setback after Ireland recorded its first surplus in a decade in 2018 and will increase borrowing at a time when the national debt is still high — around 100% of gross national income — after the crisis of 10 years ago.

With Donohoe acknowledging that the economy is poised between the twin risks of overheating and Brexit, many economists see the choice not to cut taxes and increase spending as much as in previous years as a wise one regardless of the Brexit outcome.