Iran will not wage war against any nation – Iranian president 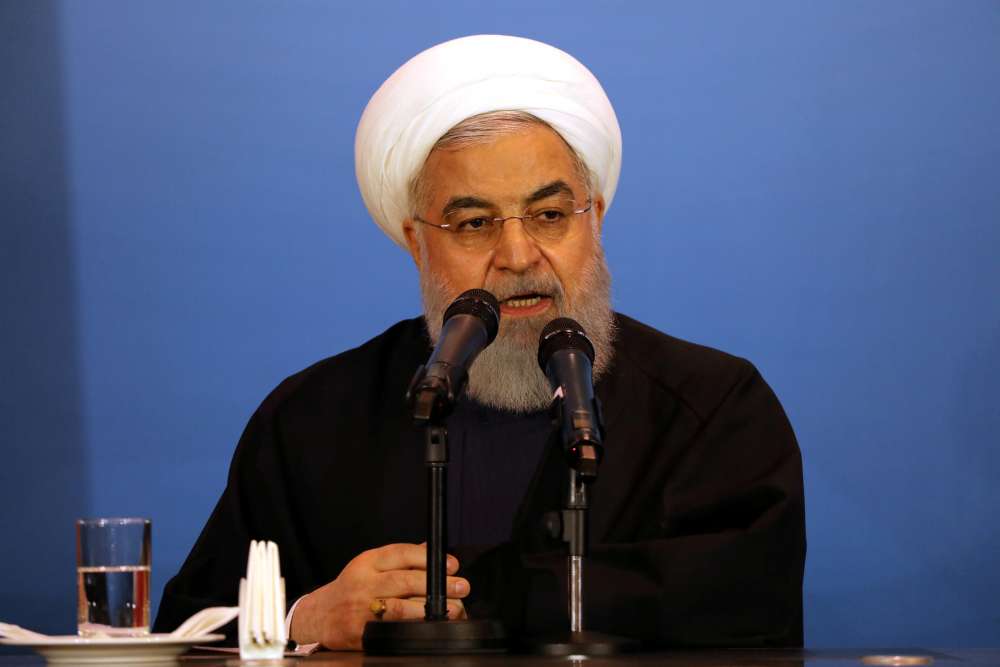 Iran will not wage war against any nation, President Hassan Rouhani said on Tuesday, a day after the United States announced the deployment of more troops to the Middle East amid rising tensions between Tehran and Washington.

Fears of a confrontation between Iran and the United States have mounted since attacks on two oil tankers at the entrance to the Gulf on Thursday, which Washington has blamed on Tehran.

“Iran will not wage war against any nation,” Rouhani said in a speech broadcast live on state TV. “Those facing us are a group of politicians with little experience.”

Acting U.S. Defense Secretary Patrick Shanahan announced on Monday the deployment of about 1,000 more troops to the Middle East for what he said were defensive purposes citing concerns about a threat from Iran.