Indonesia: washed up dead whale found with 1,000 pieces of plastic in stomach (video) 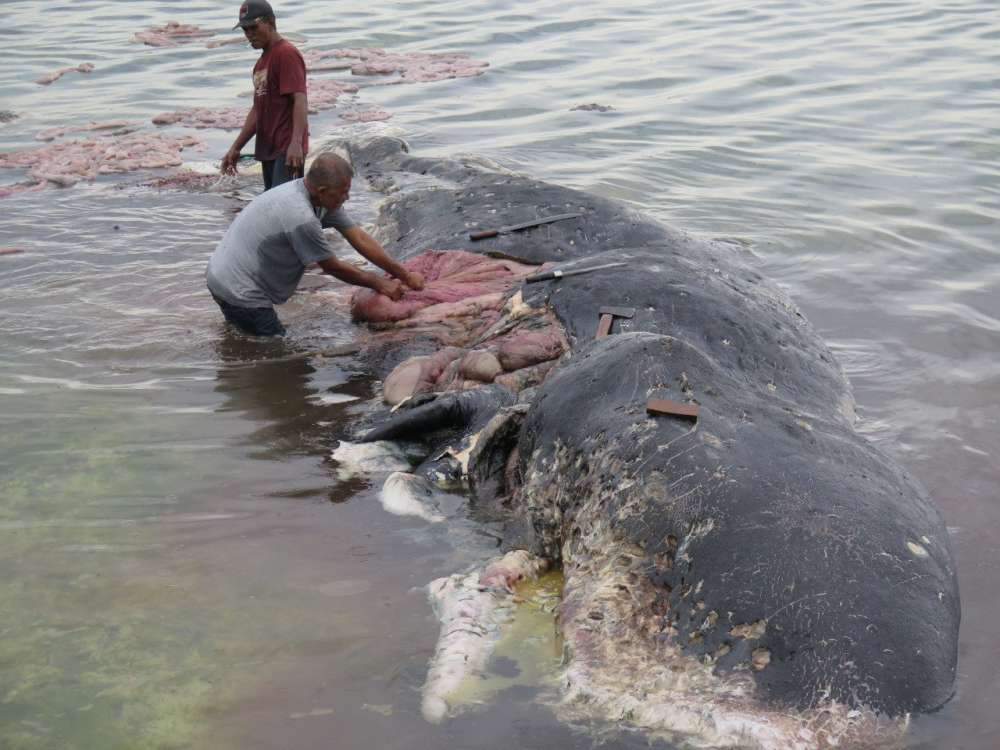 A sperm whale found dead in a national park in Indonesia had nearly six kilogrammes (13.2 lbs) of plastic waste, including 115 cups, in its stomach, park officials said on Tuesday.

The 9.5-metre (31.17 ft) whale was found in waters near Kapota Island, part of the Wakatobi National Park, south east of Sulawesi, the park said in a statement.

The park is famous among divers for its large area of reefs and diverse marine life including rays and whales.

The cause of death was not known, but park officials found plastic bottles, bags, sandals, and a sack with more than 1,000 pieces of string in the whale‘s stomach.

In June, the death of a pilot whale in Thailand with 80 pieces of plastic rubbish in its stomach garnered headlines locally, but drew more attention outside the country.

Five Asian nations — China, Indonesia, the Philippines, Vietnam and Thailand — account for up to 60 percent of plastic waste leaking into oceans, said a 2015 report by the environmental campaigner Ocean Conservancy and the McKinsey Center for Business and Environment.

Indonesia, ranked second behind China in the 2015 study of mismanaged plastic waste from populations living near coastal areas in 192 countries, has pledged $1 billion a year to reduce marine plastic debris by 70 percent by 2025.

Wakatobi park planned to bury the whale carcass at high tide on Tuesday, and the remains would be used for study purposes by the local marine academy.