India’s next Big Dream: Send an Indian into Space on Indian Technology. 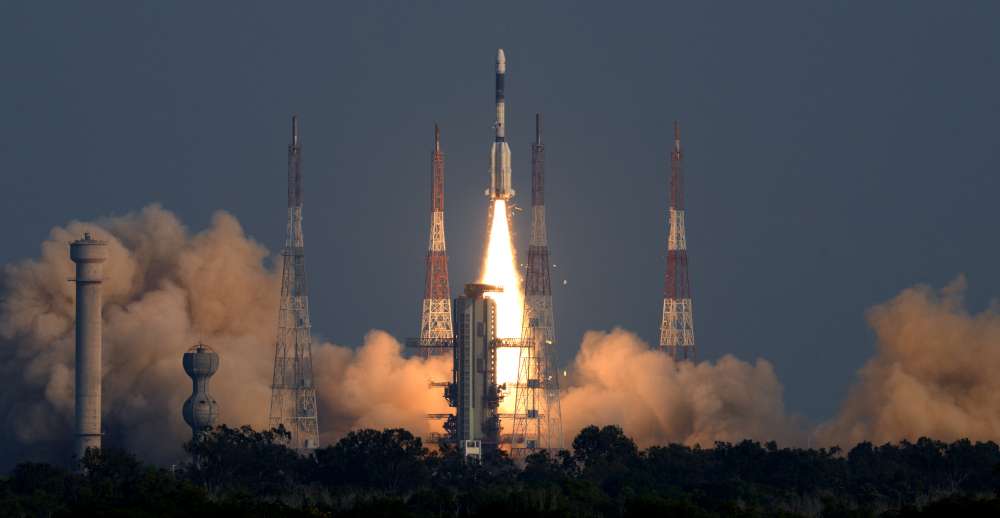 India — which celebrates its Republic Day of India on January 26 — has a new dream: to launch an Indian into space, from Indian soil on an Indian rocket by 2022 which is before the 75th  birthday for India’s independence, writes Pallava Bagla.

Work has started in right earnest at the Indian Space Research Organisation (ISRO) which is expected to deliver this Herculean task in less than 1.4 billion dollars, possibly the cheapest human space flight ever to be undertaken in the world. This confidence and promise comes riding on the repeated successes that the Indian space agency has tasted in the past.

Speaking from the ramparts of the Red Fort in Delhi, on August 15, 2018 Prime Minister Narendra Modi a known space buff said: “We have a dream; our scientists have a dream. We have resolved that by 2022, when India celebrates 75 years of Independence or maybe even before that, certainly some of our young boys and girls will unfurl the tricolour in space. With Mangalyaan our scientists have proved their capabilities. I feel proud to announce that very soon as a part of our manned-space mission; we shall be sending an Indian into space. This will be done through the pursuit of our esteemed scientists, and we will proudly find ourselves as the fourth such nation to have launched a successful man space mission.”

When India succeeds it will be the fourth country after Russia, United States of America and China that have independent capabilities to launch humans into space. China joined this select club in 2003 and the first man to be launched in 1961 was Russian Cosmonaut Yuri Gagarin. Neal Armstrong became the first American astronaut to set foot on the moon in 1969.

Unlike other nations India aspires to send a woman as the first astronaut and the human space flight is part of a sustained long term endeavour, Dr K Sivan, Chairman of ISRO says “not far into the future humanity will definitely colonise space and 1.3 billion India’s just can’t be left behind’ so as a first step an Indian son or daughter will launched into a low Earth orbit and then to a space station following which human missions to the Moon and Mars will be considered.

India already has end-to-end capabilities in space technology, making and launching its own rockets, its own satellites and in the area of application the Indian space agency is considered one of the best.

With almost four dozen satellites in orbit, in the Asia Pacific region India is a leader. India has conducted a little over 60 launches from its space port at Sriharikota situated on the coast of the Bay of Bengal. Today ISRO is considered a reliable low cost launcher and in 2017 in a single launch using the Polar Satellite Launch Vehicle (PSLV) India set a world record of launching a flock of 104 satellites in a single mission.

In 2018 India conducted 17 space missions and in 2019 Sivan has promised to undertake 32 missions which will include India’s second visit to the Moon through Chandrayaan-2 which will include an orbiter, a lander and a six wheeled rover. India hopes to land on the South Pole of the moon to conduct experiments on the lunar soil. India also set another global record when in 2014 its satellite Mars bound satellite the Mangalyaan reached the orbit of Mars and India became the first country in the world to succeed in this difficult mission on its maiden attempt.

The only Indian ever to fly into space has been Wing Commander (Retd) Rakesh Sharma who flew on a Russian mission in 1984 and he gives a thumbs up to India’s plans of sending astronauts into space using Gaganyaan saying “a manned space flight is a natural corollary of every space programme that has attained a level of maturity – a coming of age, if you will.”

Towards this the 16,000 strong space agency hopes to use the country’s heaviest launcher the Geosynchronous Satellite Launch Vehicle Mark III or GSLV Mk-III. This 640 tonne, 43 metre tall rocket also dubbed the `Bahuballi’ and has had three successful flights. This Indian made rocket can launch 10 tonnes into a low earth orbit which will be more than enough to send a crew into space says ISRO. The Indian made crew module has been made to accommodate a crew of three and it can store provisions to withstand a flight of up to one week in space.

India makes its space prowess available to the world and has launched 239 satellites for 28 different countries as of October, 2018, which includes countries like USA, Canada, UK and Israel. This year scientists from ISRO will train participants from 17 countries the art of making nano-satellites as part of a major global initiative. In 2017 on the advice of Prime Minister Modi , ISRO launched free of cost the South Asia Satellite a 2230 kilogram communications satellite that is aimed to provide satellite based connectivity to India’s neighbours Afghanistan, Nepal, Bhutan, Bangladesh, Sri Lanka and Maldives, this was a major effort in using space as a diplomatic tool to win friends on Earth.

By 2021 in a collaborative venture India and USA will launch the world’s most expensive earth imaging satellite ever to be made at cost of a whopping 1.4 billion, the NASA-ISRO Synthetic Aperture Radar (NISAR) that will be launched from India and it will among other things help track climate change.

ISRO is India’s darling and its chairman Sivan says “failure is not an option” the ebullient rocket scientist adds that `team ISRO will rise to the challenge to make sure that an Indian is launched into space by 2022’. Sriharikota, India’s spindle shaped — till recently — un-inhabited island awaits the first crew to be sent where few humans have dared to go!

Pallava Bagla follows the space programme very closely and is author of the book `Reaching for the Stars: India’s Journey for Mars and Beyond’ published by Bloomsbury.

By In Cyprus
Previous articleExtreme weather events affected 60 million people in 2018 – U.N.
Next article279 counterfeit euro banknotes discovered in Cyprus in 2nd half of 2018