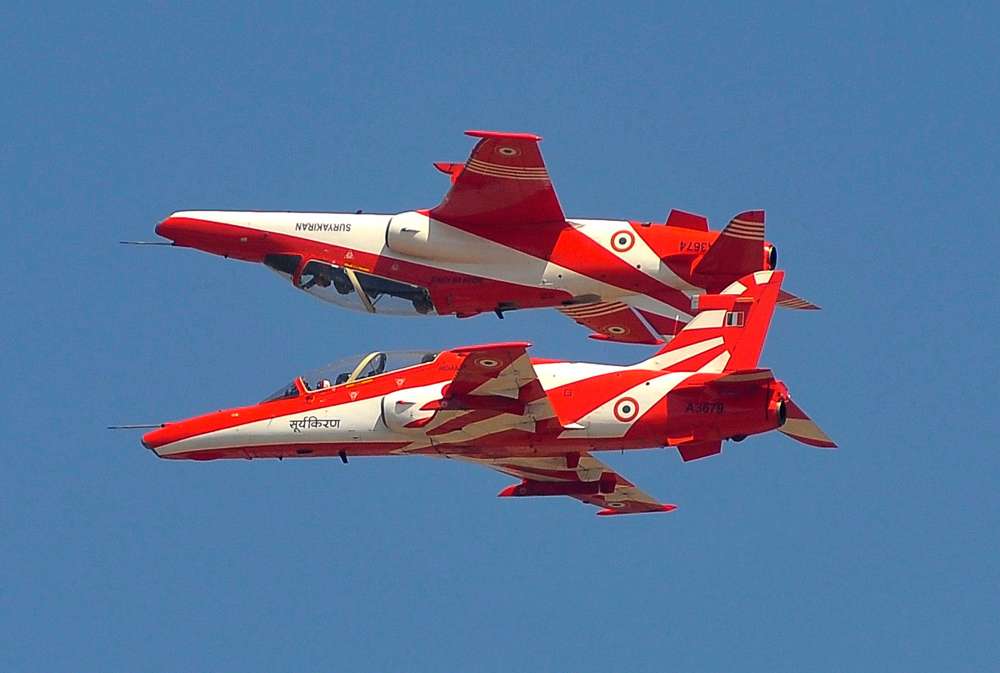 Two Indian Air Force planes collided in mid-air in the southern state of Karnataka on Tuesday while rehearsing an aerobatic show, killing one pilot and injuring two others, a senior police official said.

“One Indian Air Force pilot has unfortunately lost his life. Two others were injured and shifted to hospital, but are said to be out of danger,” said M.N. Reddi, director general of police in Karnataka.

The defence ministry confirmed that two Hawk aircraft of the Surya Kiran Aerobatic Display Team had crashed near the Yelahanka Air Force Base.

The aerobatic team was scheduled to perform at Aero India 2019, a five-day airshow expected to draw nearly 500 Indian and foreign aviation firms and defence contractors.

It was the second deadly accident involving Indian Air Force aircraft this month. A Mirage 2000 trainer crashed in the southern city of Bengaluru on Feb. 1, killing two pilots.