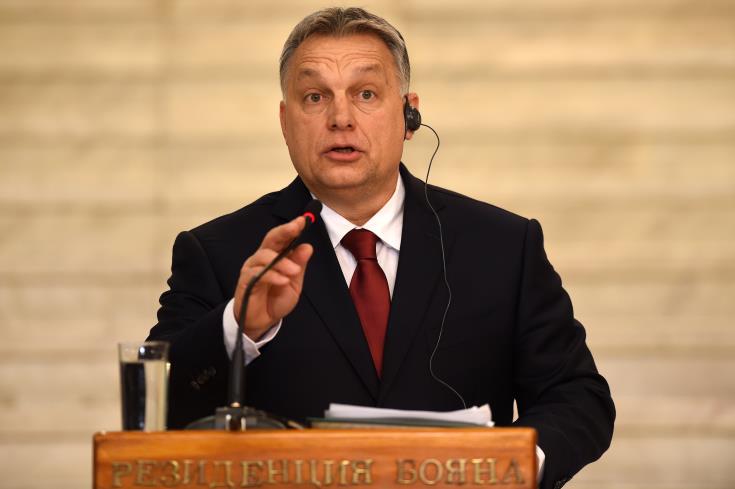 Hungary cannot accept a link between access to European Union funds and meeting rule-of-law criteria as this would be akin to the EU operating like the former Soviet Union, Prime Minister Viktor Orban said on Friday.

Nationalist Orban, who has been in power for over a decade and has been criticised for an erosion of democracy in Hungary, a former communist state, said “Hungarians’ money cannot be taken away” and ongoing EU debates about the criteria were “technical.”

Orban said he talked with German Chancellor Angela Merkel on Thursday about the regulation.

“I had to tell her that if this regulation drafted by the European parliament and the German presidency were to be accepted — it requires two-thirds majority so we cannot block this — then we have made Soviet Union out of the EU,” Orban told state radio.

He said the criteria would amount to “blackmail on an ideological basis without objective criteria”.

“This is not what we wanted … we did not create the EU for having a second Soviet Union,” Orban added, stopping short of threatening to veto the entire EU budget process.

Polish Prime Minister Mateusz Morawiecki, Orban’s main ally, has sent a letter to European Union institutions threatening to veto its 2021-2027 budget if access to EU funds is made conditional on governments respecting the rule of law.

The conditionality was a key concern for the European Parliament and several north European countries such as the Netherlands, which wanted even stricter conditions.

Poland and Hungary have the power to veto the long-term budget and prevent any member state getting EU funding.

But this would also harm both countries, which are big net beneficiaries of the budget where many supporters of the ruling nationalist parties depend heavily on direct EU subsidies.