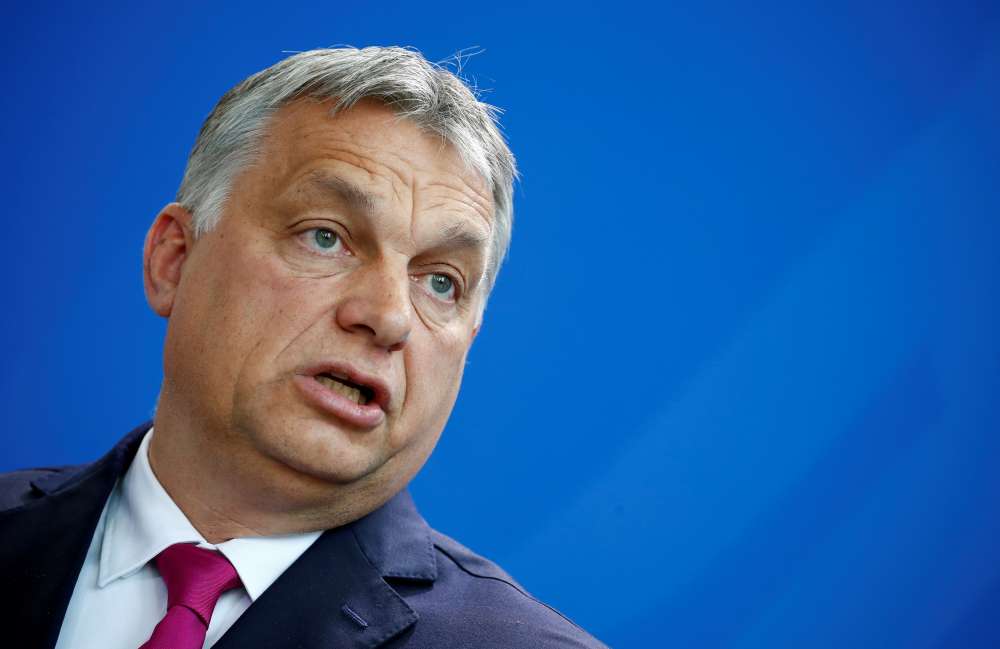 Hungary’s right-wing prime minister Viktor Orban on Friday welcomed the idea of Steve Bannon’s new anti-European Union group, The Movement, saying it was time that someone from the United States came to Europe to spread conservative thinking instead of liberal values.

The Brussels-based group, which Bannon – U.S. President Donald Trump’s former strategist – has chosen as a platform, aims to help like-minded nationalist, anti-immigration groups across Europe. Bannon told Reuters the objective was to boost the anti-EU presence in the European Parliament at May elections next year.

The founder of the group told Reuters he could also see six or seven leaders, notably from Italy and central Europe, joining forces to sway the European Council of national governments.

Orban did not openly say he would team up with Bannon’s group or back his platform, but that he “wished a lot of success” to Bannon’s project.

“America is made up of not only liberals,” Orban told state radio.

“We are here, as well, an American has said, those who are conservative … and even Christian democrats … why couldn’t we have our voice heard in Europe as well? And a man who thinks this way came over here, who was a special advisor to the U.S. president.”

Orban said Bannon, who was sacked by Trump last year, realised that there was room to spread conservative values in Europe, and this was a positive thing as it has brought “diversity” allowing Europeans to see a conservative face of America. Orban did not go into further details.

Bannon was in Hungary at the end of May, speaking at a conference in Budapest, and he also met Orban.

Orban has been a strong opponent of the EU’s migration policies, and built a fence on Hungary’s southern borders in 2015 to keep out migrants, saying protecting the EU’s external borders was the only way to preserve Christian values.

Orban was reelected for a third consecutive term in April on a strong anti-immigration platform, and his Fidesz party firmly leads opinion polls ahead of May’s European parliamentary elections.

Fidesz has also demonised Hungarian-born U.S. billionaire George Soros and the liberal NGOs he backs, and has passed laws to narrow the scope of activity of civil groups that are accused of helping illegal migration.

Orban has led eastern European opposition to EU quotas that aim to distribute asylum seekers around the bloc, criticising the open-door policy that German Chancellor Angela Merkel proclaimed at the height of the European migrant crisis in 2015

By In Cyprus
Previous article1,500 migrants have died in Mediterranean in 2018, Italy deadliest route-UN
Next articleMan gets life for premeditated murder