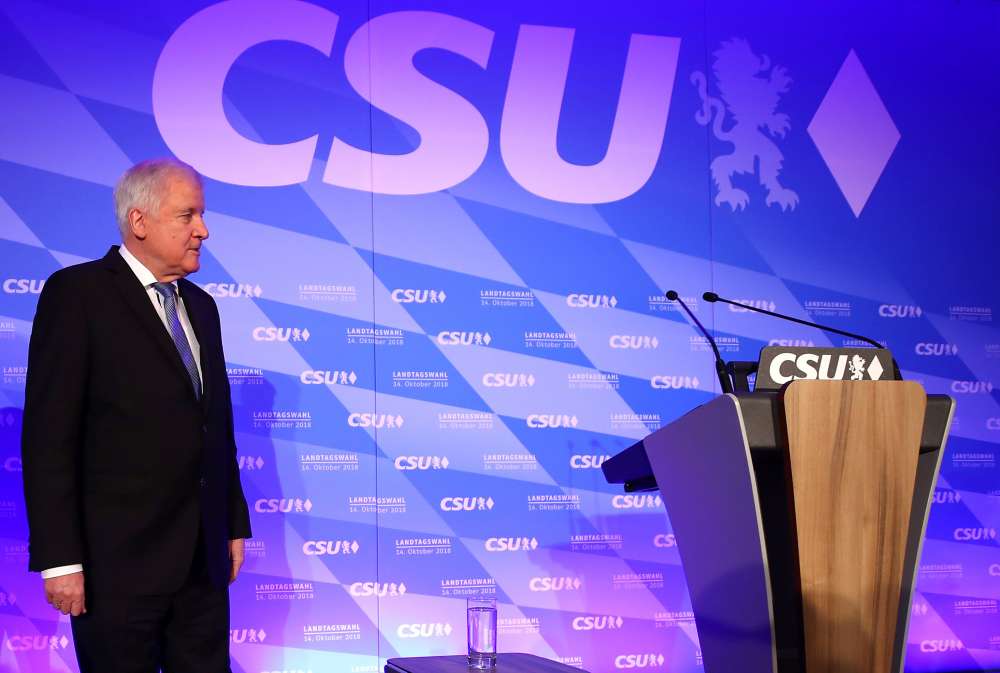 Germany woke up on Monday to the news that its crisis-prone government could become even more unstable after the parties ruling in a loveless coalition suffered humiliating results in an election in the southern state of Bavaria.

“It’s gonna be turbulent,” headlined the Die Welt newspaper. “The result in Bavaria is a vote against the grand coalition in Berlin.”

The SPD had hoped that infighting over immigration between Merkel’s Christian Democrats (CDU) and the Bavarian Christian Social Union (CDU) allies would give them a boost in Bavaria.

But instead, the party saw support fall to just under 10 percent, prompting a discussion over the sustainability of its alliance with Merkel’s conservatives at the national level.

SPD members are still bitter over their leaders’ decision to join a Merkel-led government after vowing before the general election in September 2017 to sit in opposition if they lost to the conservatives. They are now demanding consequences.

The party’s General Secretary Lars Klingbeil told Deutschlandfunk radio that members wanted a change in the style of government.

SPD leaders have promised members opposed to a coalition with the conservatives they will hold a review after two-years in government and decide whether the partnership was still viable.

Asked if disgruntled SPD members were demanding that the review be brought forward, Klingbeil said:

“The evaluation is planned for the middle of the legislative period but something must happen now. There must be different style of government.”

He said the CSU under Horst Seehofer must stop picking arguments, especially on issues like migrant policy. “If the style of government doesn’t change, there will be a debate in the SPD and the critical voices will get stronger,” he said.

Polls indicate that the ruling parties will be chastened again in two weeks in an election in the western state of Hesse, where they are expected to bleed support to the far-right Alternative for Germany (AfD) and the ecologist Greens.

The state is ruled by Merkel’s CDU in a coalition with the Greens and a slump in support for the conservatives there would almost certainly further weaken her authority.

“If the CDU loses the government in Hesse, this will probably start a discussion within the CDU about Merkel’s position,” wrote mass-selling Bild.