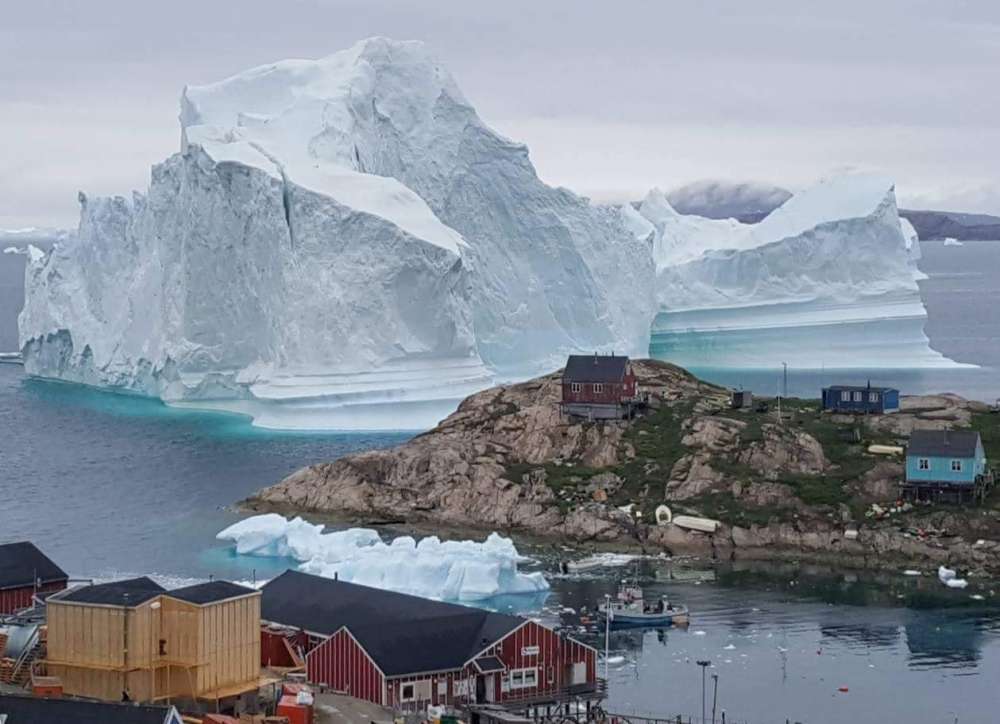 An iceberg the size of a hill has drifted close to a tiny village on the western coast of Greenland, causing fear that it could swamp the settlement with a tsunami if it calves.

The iceberg towers over houses on a promontory in the village of Innaarsuit but it is grounded and has not moved overnight, local media KNR reported.

A danger zone close to the coast has been evacuated and people have been moved further up a steep slope where the settlement lies, a Greenland police spokesman told Reuters.

By In Cyprus
Previous article
Armenian, Christian and Hellenic US organisations against lifting restrictions on F-35 sale to Turkey
Next article
Temperatures to hit 40 C on Saturday