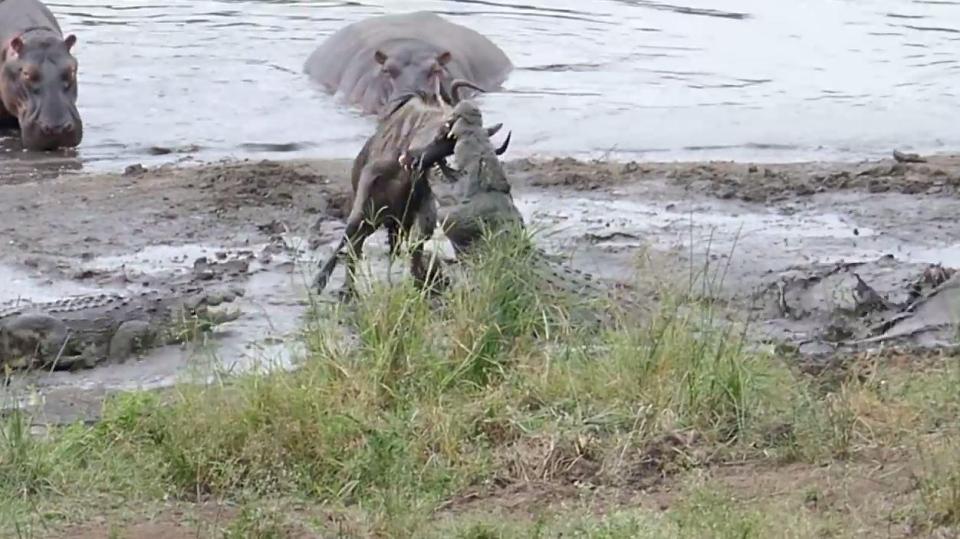 This is the incredible moment a wildebeest caught in the jaws of a pack of crocodiles was saved by a group of hippos. The astonishing footage in South Africa’s Kruger Wildlife Park was captured by Chasin Africa Safaris.

The wildebeest is shown being attacked by two crocsIt begins with a wildebeest on the banks on the river getting its heads caught in the jaws of a massive Nile crocodile.

A second enormous reptile then swoops, biting its tail as the pair begin dragging it into the water in a bid to drown it. But a group of hippos nearby decide to intervene and begin surrounding the wildebeest to prevent the crocodiles killing it.

Incredibly, the animal then manages to swim out of the water and on to the opposing riverbank with only a foot injury.

By In Cyprus
Previous article
Illegal Bar still open at Lara Bay, Akamas
Next article
Children in Italy, Greece, Cyprus and Spain are now the fattest on the continent