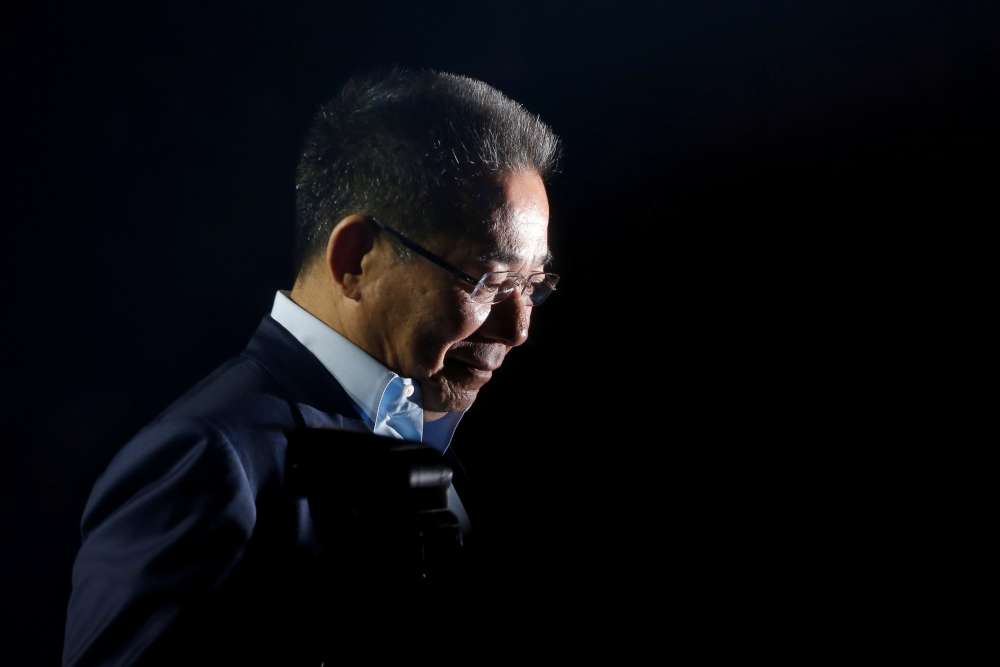 Leicester City soccer club owner Vichai Srivaddhanaprabha, a Thai tycoon, was killed along with four others when his helicopter crashed and then exploded after a Premier League match on Saturday, the soccer club and police said.

Vichai bought the unheralded central England side in 2010 and went on to stun the soccer world by beating odds of 5,000/1 to win the Premier League title in 2016 in what amounted to a sporting fairy tale.

The father of four and founder of duty-free King Power International was a huge favorite with the club’s fans.

“It is with the deepest regret and a collective broken heart that we confirm our chairman, Vichai Srivaddhanaprabha, was among those to have tragically lost their lives on Saturday evening when a helicopter carrying him and four other people crashed outside King Power Stadium,” a club statement said on Sunday.

The aircraft came down in a car park near the King Power stadium shortly after 19:30 GMT, about an hour after the end of Leicester City’s game against West Ham United, police said.

The other victims were believed to be two members of his staff, Nursara Suknamai and Kaveporn Punpare, pilot Eric Swaffer and passenger Izabela Roza Lechowicz, Leicestershire Police said.

No one on the ground was believed to have been injured, they said.

John Butcher, who was near the stadium at the time of the crash, told the BBC his nephew saw the helicopter spiral out of control apparently because of a faulty rear propeller.

“Within a second, it dropped like a stone to the floor. … Luckily it did spiral for a little while and everybody sort of ran, sort of scattered.”