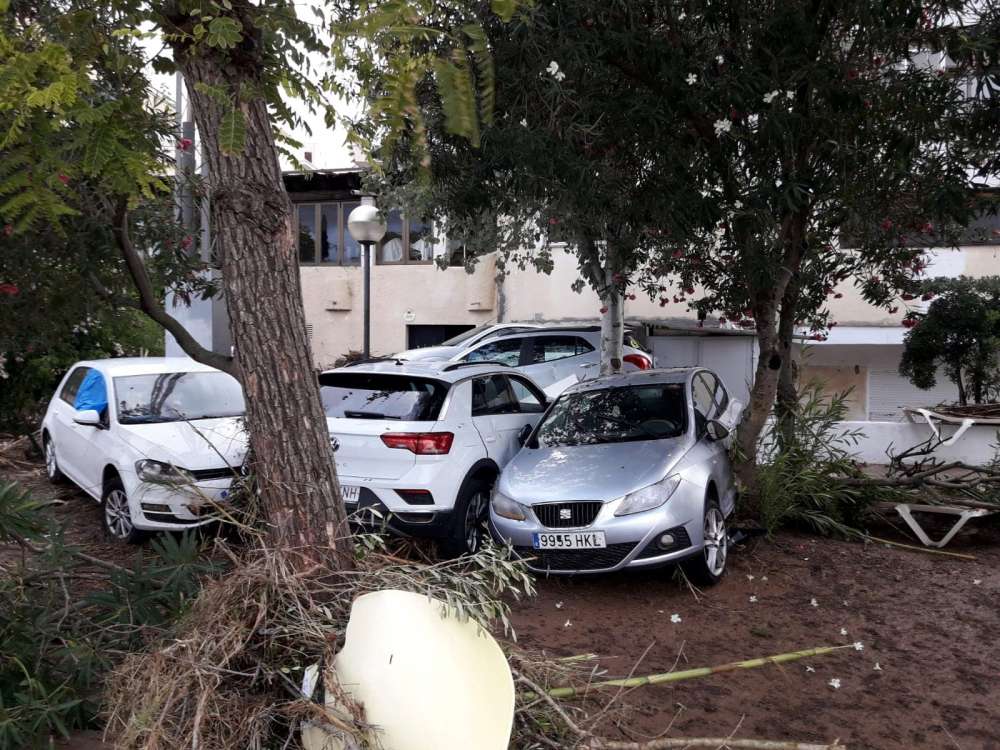 At least eight people including two Britons were killed as heavy rain and flash floods hit the Spanish island of Mallorca late on Tuesday, authorities said.

Torrents of brown water swept cars along narrow streets in the eastern town of Sant Llorenc. Rivers burst their banks and swamped roads and people’s homes – forcing some to take shelter in a sports centre in the nearby town of Manacor.

At least another nine people were still missing after the downpours, El Pais and other media reported, though emergency services said they could not confirm that figure.

“It’s been a huge storm. In just two hours, some 180 litres of rain fell and we realised that we could not control the water,” Bauza said.

“The situation is a disaster and we’re trying to locate survivors and help people but everything is flooded and people cannot leave their homes,” she added.

Residents swept water and mud out of those houses as the floods subsided early on Wednesday, leaving roadsides strewn with wrecked vehicles and beaches covered in debris.

Two men were found dead around midday on Wednesday – one in the northeastern town of Arta and another at S’illot further south on the coast, emergency services said on Twitter.

The regional government called an emergency meeting and authorities said rescue workers and military units had been sent to the area to help.

“My solidarity and support goes out to the families and friends of victims and all those affected by these tragic floods,” Prime Minister Pedro Sanchez said on Twitter.

Sanchez’s office said the prime minister was travelling to the area.

Watch the video posted by the Daily Mail below.

By In Cyprus
Previous article
Welcoming drink with fruits and fresh mint
Next article
Belgium probes match-fixing ring; search extends to Cyprus and 5 other countries