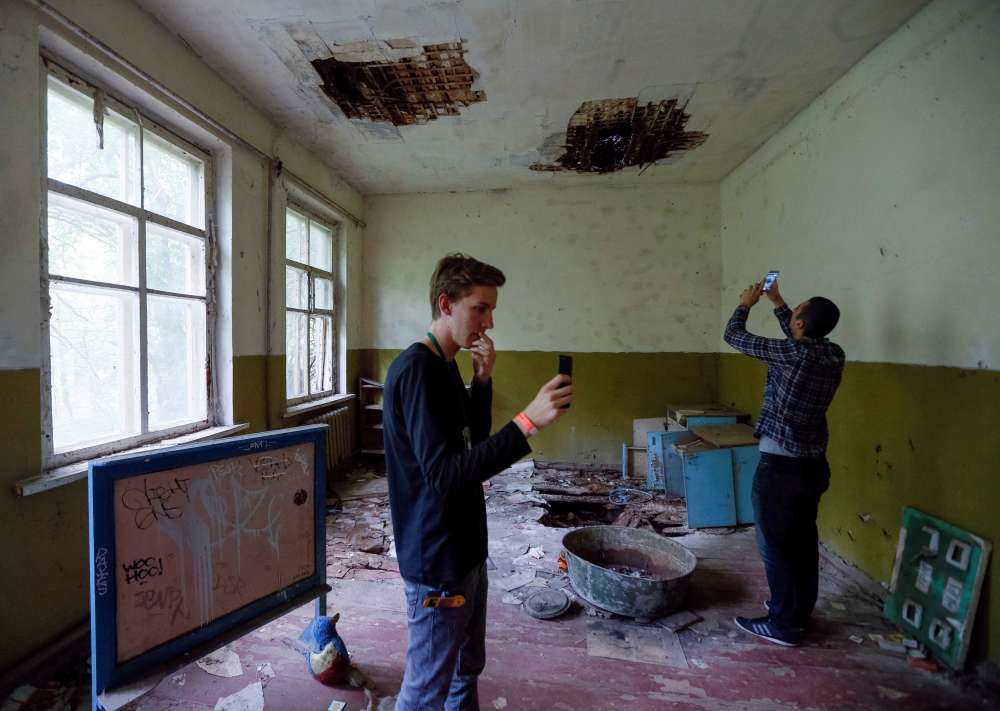 Critics and viewers on both sides of the Atlantic have lined up to acclaim ‘Chernobyl’, a dramatisation of events surrounding the world’s worst nuclear accident – but the reactions of some of the survivors are less rose-tinted.

Sergii Parashyn, the then chairman of the Chernobyl Nuclear Power Plant’s Communist Party Committee, said the HBO mini-series, screened this spring in the United States and Britain, depicted the initial disbelief at the scale of the disaster well.

“I did not understand what was happening until dawn, until I saw with my own eyes that everything was destroyed,” he told journalists in the command bunker that was used as a crisis centre after the explosion on April 26, 1986.

The fourth reactor in the Soviet plant north of Kiev exploded during a botched safety test, releasing more radiation into the Earth’s atmosphere than any other man-made event in history.

The accident killed 31 within weeks and forced tens of thousands to flee. The final toll of those killed by radiation-related illnesses such as cancer is subject to debate, and estimated by the World Health Organization to be in the thousands.

The series blames the excessive bureaucracy and secrecy of the Soviet Union, and Parashyn said there were flaws in the way it depicts the plant’s workers, in particular its management.

Chernobyl‘s Deputy Chief Engineer Anatoliy Dyatlov, interpreted by English actor Paul Ritter as tyrannical and arrogant, “did not behave as terribly with people as the show portrays,” Parashyn said.

“He was harsh, yes, everyone obeyed him unquestioningly… But he was fair.”

Parashyn, appointed as the plant’s director from 1994 to 1998 and later chief of the 30km (19 mile) exclusion zone that surrounds it, said Viktor Bryukhanov, the man then in charge, was also inaccurately depicted.

“Bryukhanov is a composed, calm, intelligent man, who never denied his responsibility,” he said.

This view is backed by Oleksiy Breus, the senior engineer of the 4th reactor in 1986, who arrived as part of the 8:00 a.m. shift change on April 26.

“The plant workers are shown as though they are scared of everything… This does not reflect reality,” Breus insisted. However, he praised the portrayal ofChernobyl as a global, rather than a regional, catastrophe.

At 9.6/10 the highest rated TV series of all time on the IMDb website, the show also has caused a surge in visitor numbers to the plant and the nearby ghost town of Pripyat.

Tour guide Sergii Myrnyi believes that the show, whose final episode screened on June 3, was wrong to portray the events in 1986 only as a tragedy, calling “Chernobyl “the story of global learning… and eventually the story of victory.”

Its creator, Craig Mazin, said deviations from the historical record were undertaken in good faith.

Chernobyl Tour invited Parashyn, Breus and Myrnyi to the official launch of the agency’s new tour, which takes visitors around locations depicted in the series.