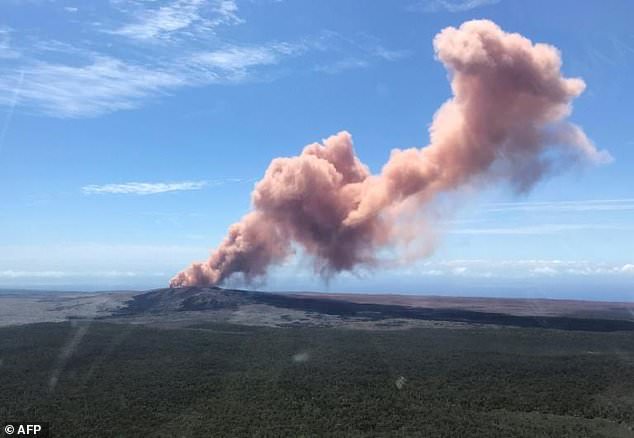 The US state of Hawaii’s Kilauea volcano erupted Thursday, causing lava to spew out of ground fissures in residential areas and prompting authorities to mandate thousands of people to evacuate. US Geological Survey authorities of the Hawaiian Volcano Observatory unit were both on the ground and headed into the air to assess the eruption, which followed dozens of earthquakes in recent days and began around 4:45 pm local time (0245 GMT), according to the agency.

Local news footage showed streams of lava snaking through a forest, while the Hawaii County Civil Defense Agency reported “steam and lava emissions from a crack in Leilani Subdivision in the area of Mohala Street,” following the blast, mandating all residents to leave the affected area. At 10:30 am a 5.0 magnitude earthquake south of the Puu Oo volcano cone triggered rockfalls and potential collapse into a crater on the volcano, according to USGS.

“A short-lived plume of ash produced by this event lofted skyward and is continuing to dissipate as it drifts southwest from Puu Oo,” an advisory from the agency said, warning that “anyone downwind may experience a dusting of ash.” The giant pink-hued plume was seen rising above the zone, with authorities warning of subsequent “lava inundation,” fire, smoke, and additional earthquakes.

Hazards also included “potentially lethal concentrations of sulfur dioxide gas” in the zone as well as methane blasts that could propel large rocks and debris in adjacent areas. Governor David Ige had activated the archipelago state’s National Guard troops, and told residents to pay heed to warnings from the Civil Defense Agency. “Please be alert and prepare now to keep your family safe,” Ige wrote on Twitter. 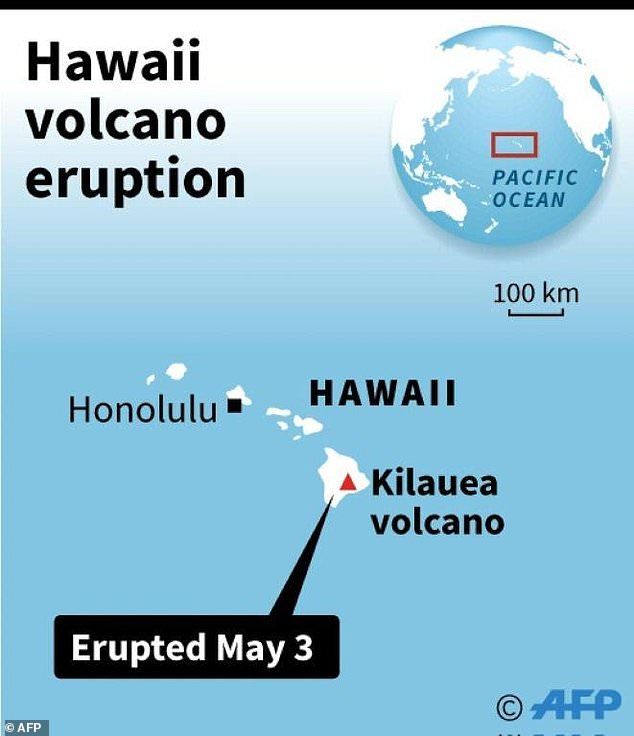 A local community center was open to residents impacted by the threat, Hawaii’s emergency management agency said. USGS had raised the volcano alert in the area from a watch to a warning, reporting that “new ground cracks” were discovered in the late afternoon. “White, hot vapor and blue fume emanated from an area of cracking in the eastern part of the subdivision,” the agency wrote, saying spatters began just before 5:00 pm.

USGS emphasized that the early stages of fissure eruptions are “dynamic,” and “additional vents and new lava outbreaks may occur.” “At this time it is not possible to say where new vents” could happen, it said. The Leilani Estates area is part of the Big Island’s Eastern Rift Zone, in which the Hawaii Volcano Observatory had “identified magma movement” and warned residents that seismic activities and eruptions could take place without notice. “All areas bordering East Rift Zone at high risk for eruption,” said Hawaii County’s mayor Harry Kim.

By In Cyprus
Previous articleBusinessman smashes his £115,000 Cayenne into dealership after car is delivered without the optional extras he ordered
Next articleUS military pilots injured by Chinese lasers in Djibouti: Pentagon