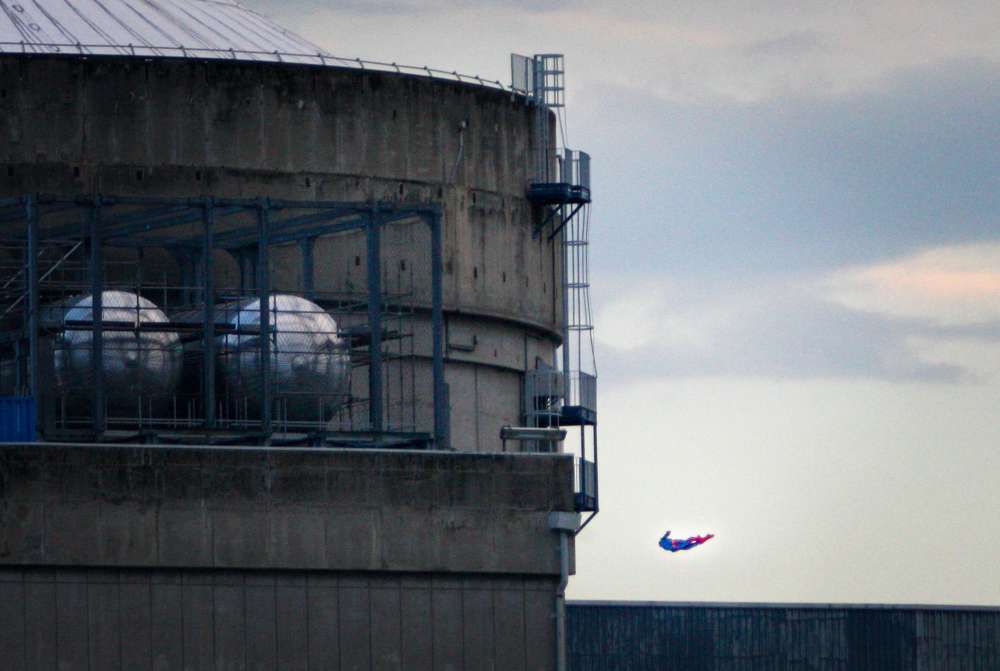 Greenpeace crashed a Superman-shaped drone into a French nuclear plant on Tuesday to demonstrate its vulnerability to outside attacks, the environmental group said.

Greenpeace said it had flown the drone – piloted by one of its activists – into the no-fly zone around utility EDF’s Bugey nuclear plant, near Lyon, and then crashed it against the wall of the plant’s spent-fuel pool building.

“This action again highlights the extreme vulnerability of this type of buildings, which contain the highest amount of radioactivity in nuclear plants,” Greenpeace said.

France generates 75 percent of its electricity from nuclear power in 19 nuclear plants operated by state-controlled EDF.

EDF said that two drones had flown over the Bugey site, of which one had been intercepted by French police.

“The presence of these drones had no impact on the security of the installations,” EDF said, adding that it will file a police complaint.

The drone stunt follows a series of staged break-ins by Greenpeace activists into French nuclear plants, which Greenpeace says are vulnerable to outside attack, especially the spent-fuel pools. These pools can hold the equivalent of several reactor cores, stored in concrete pools outside the highly reinforced reactor building.

Greenpeace says the spent-fuel buildings have not been designed to withstand outside attacks and are the most vulnerable part of French nuclear plants.

EDF said the spent-fuel pool buildings are robust and designed to withstand natural disasters and accidents.

Greenpeace’s security breaches have sparked a parliament investigation into nuclear security, which is due to present its report on Thursday.

In February, a French court gave several Greenpeace activists suspended jail sentences while ordering the group to pay a fine and 50,000 euros ($58,300) in damages to EDF