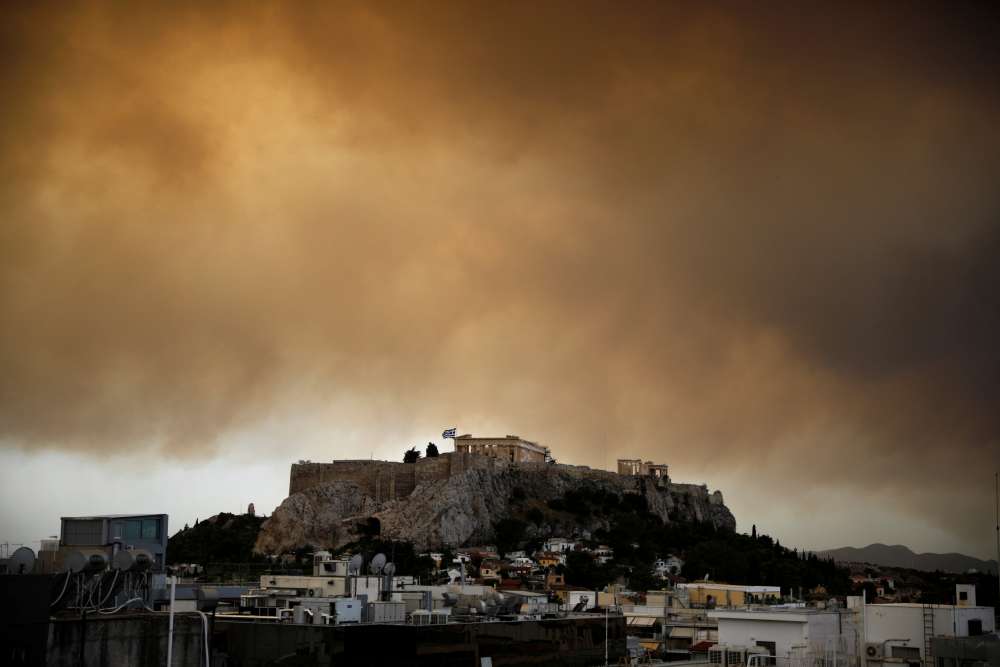 A wildfire raged uncontrolled in a coastal region east of Athens on Monday, causing people to flee their homes and sending huge plumes of smoke over the capital.

More than 70 firefighters with 30 fire engines and five water-dropping helicopters battled the blaze, which broke out near Kinetta, about 54 km (35 miles) west of the city.

A thick cloud of black and orange smoke hung over the Acropolis hill and the Parthenon temple early on Monday afternoon.

A fire brigade official said that the fire was approaching the residential area of Maroula in Kinetta.

Wildfires are common in Greece in summer, but a dry winter has created tinderbox conditions.