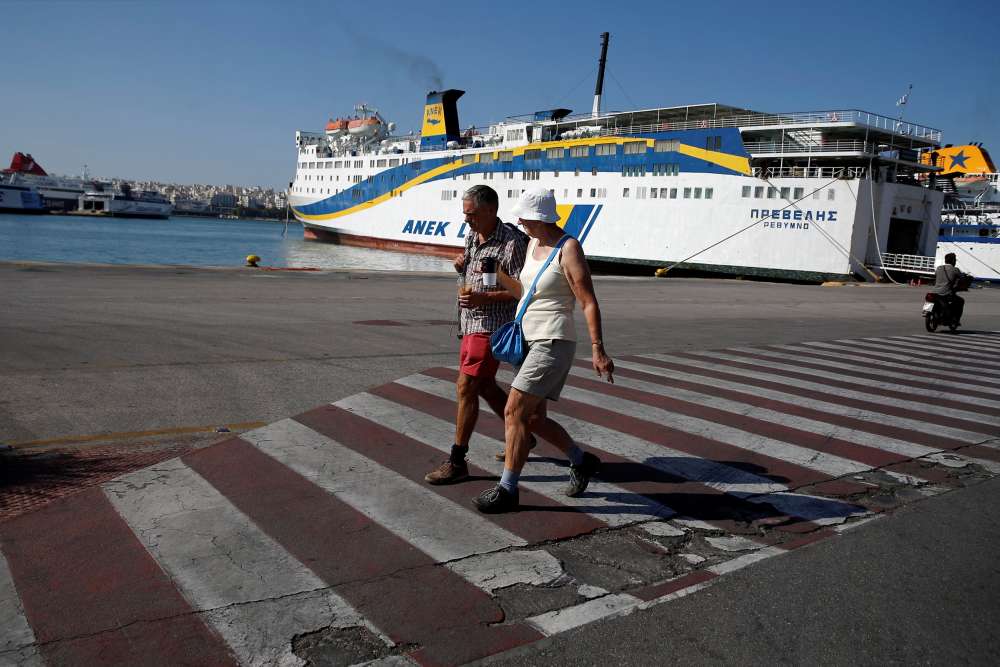 Greek passenger ships remained docked at ports across the country for a second day on Tuesday, as seamen extended a strike to demand wage increases and the reinstatement of labour rights after the expiry of the country’s third bailout.

The strike, which started at 0600 (0300 GMT) on Monday and was organised by Greece’s seamen federation (PNO) and other sectoral unions including dockers and merchant marine engineers, led to travel disruptions and left tourists stranded at ports.

“I am very angry,” said Simeon, a Ukrainian tourist who had made plans to travel to the island of Crete but was stranded at Piraeus port. “I don’t know what I’ll do today”.

The walkout forced many shipping companies to reschedule sailings and holidaymakers to seek alternative ways of travel in a country where tourism is a pivotal industry for the economy which is slowly emerging from a huge debt crisis.

Tourism arrivals are seen rising to a record 32 million this year, industry officials have said. Traffic at Greek ports picks up during the summer, the peak tourism season, with Piraeus being the gateway for about 20 million passengers annually.

After eight years of austerity prescribed by Greece’s international lenders, its euro zone partners and the International Monetary Fund, the left-led government has pledged to reverse unpopular labour reforms and raise wages.

PNO said that workers have not received an increase in the past eight years and recent negotiations with their employers over a new collective agreement that would include wage increases did not bear fruit.

Unions have already extended the strike by a day to Wednesday to add pressure on shipping companies which they have accused of offering workers very low raises that do not correspond to their profits in recent years.

They have threatened to escalate labour action and were expected to meet again on Tuesday to discuss the issue.

“Our demands are being rejected… We will propose that the strike is further extended by another 24 hours,” unionist Antonis Dalakogiorgos told Reuters.