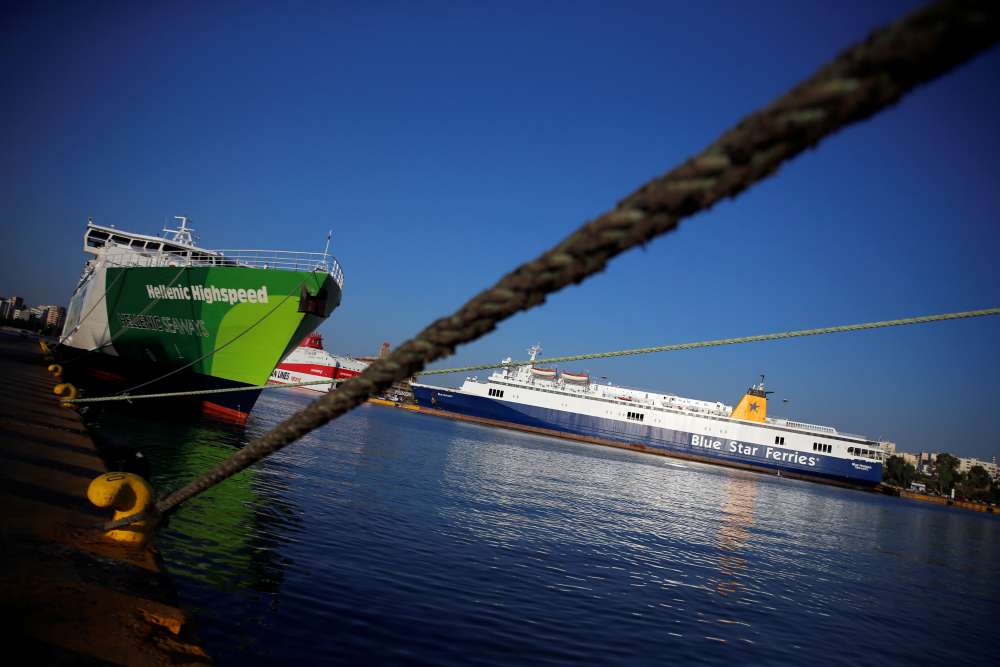 Greek ships remained docked at the country’s ports on Monday as seamen started a strike to demand the restoration of wages and labour rights, following the expiry of Greece’s third bailout programme last month.

The 24-hour walkout was organised by Greece’s seamen federation (PNO), which said in a statement that negotiations with the sector’s employers over a new collective agreement that would include wage increases did not bear fruit.

Traffic was very slow at Piraeus port on Monday morning. Shipping companies were forced to reschedule many sailings.

Later on Monday, PNO decided to extend the strike by another day to Wednesday morning, a move which could lead to more travel disruptions and leave holidaymakers stranded on Greek islands.

The union said in a statement that “for eight consecutive years, the seamen have not received not even a one-euro increase” and asked for passengers’ understanding and support.

After eight years of austerity prescribed by Greece’s international lenders, its euro zone partners and the International Monetary Fund, the left-led government has pledged to reverse unpopular labour reforms and raise the minimum wage.

The seamen and other workers in the sector want wage rises to make up for years of cuts implemented during austerity, arguing that employers have seen a boost in profits and should compensate them for the hardship endured during the crisis.

Passenger traffic at ports and airports picks up during the summer, the peak tourism season for the Mediterranean country. Nearly 32 million tourists were expected to visit Greece this year, according to tourism industry officials.

Marine unions have strongly resisted wage cuts and reforms liberalising the shipping sector, which along with tourism is a pivotal industry for Greece, a country of seafarers.

“The ‘end of the bailout’ and ‘fair growth’, which the government refers to, translates to more aggressiveness from shipowners who refuse to renew wage agreements including raises,” PEMEN, which represents marine engineers, said in a statement.