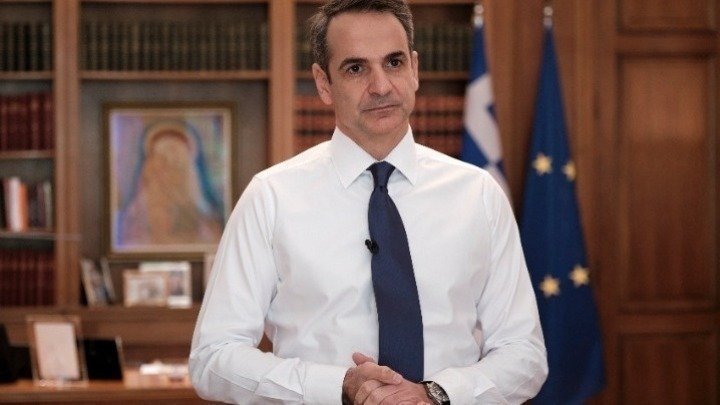 The Prime Minister of Greece Kyriakos Mitsotakis calls on EU counterparts to treat the issue of Turkey as a matter of EU credibility, as he stated entering the European Council venue.

“In today`s busy European Summit Agenda, there are two main issues of vital importance that stand out. The first one is a pending issue concerning the veto by Hungary and Poland on the approval of the budget and the Recovery and Resilience Fund. I think that the compromise proposal which has been reached is a move in the right direction and that this issue, this pending issue will be settled today. As you know, Greece is one of the first countries to have submitted its own detailed plan on how it will leverage the RRF funds. Taking into account the extent of the crisis, it is very important that these funds flow into the real economies of Europe as soon as possible”, the Greek PM stated.

“The second issue that we are going to look at is the situation in the Eastern Mediterranean and our relations with Turkey. It is very clear what is at stake here: The credibility of the European Union. At the October European Council we decided, all the heads of state and government, that in the event that Turkey continues its aggressive behavior, there will be consequences. We jointly agreed that decisions will be taken at this European Summit, in December. This is the moment to show whether we, as Europe, really are credible in what we ourselves have agreed. Pacta sunt servanda”, the Prime Minister noted.

“On Turkey, the Foreign Affairs Council reviewed the latest events and we cannot provide a positive assessment. The behaviour of Turkey has not changed fundamentally. We can even say that, from some points of view, things have been worsening. The assessment is not a positive one and we have to deal with it”, EU High Representative, Josep Borrell, added on the issue.