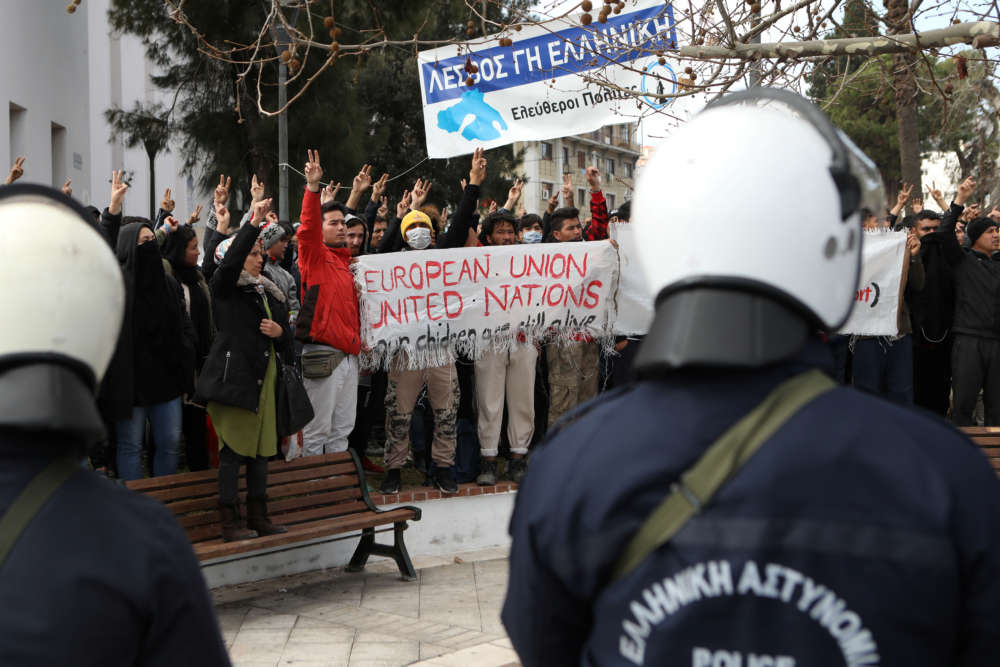 Greece plans to accelerate the creation of detention centres on its outlying islands in the Aegean Sea after a backlash against overcrowded camps by some migrants and nearby residents.

Authorities said on Monday they would proceed with the purchase of land on the islands of Lesbos, Chios and Samos, and press ahead with plans to create holding facilities on state-owned land on Kos and Leros.

Thousands of migrants are waiting on the islands for their asylum applications to be processed, most of them in overcrowded camps known as reception centres.

Migrants on Lesbos protested last week against poor living conditions and residents of the island took to the streets demanding the reception facilities close.

Hundreds of thousands of people crossed into Europe from Turkey via Greece in 2015 and 2016 before a deal brokered by the European Union limited the flow. There has been a resurgence in arrivals since around September 2019.

Last year, more than 74,000 refugees and migrants arrived in Greece, according to the United Nations refugees agency UNHCR. Most of them arrived on Lesbos, Chios and Samos after crossing from Turkey and about 40,000 are now in effect trapped on the islands.

Aid groups have described living conditions in some of the island camps as appalling.

“We need 20,000 people to be transferred from the islands to the mainland in the next weeks and months to come,” Philippe Leclerc, UNCHR’s head in Greece, told journalists after a meeting with Greek Migration Minister Notis Mitarachi.

The government has introduced new regulations which it says will simplify the asylum process and launched a tender for a floating fence in the Aegean which it hopes will deter migrants arriving from Turkey on rafts.

The new detention centres would house new arrivals until their asylum processes were underway, as well as others showing “delinquent behaviour” or not entitled to asylum, Petsas said.

Entering and leaving the facilities would be strictly regulated and they would be closed at night, he added.