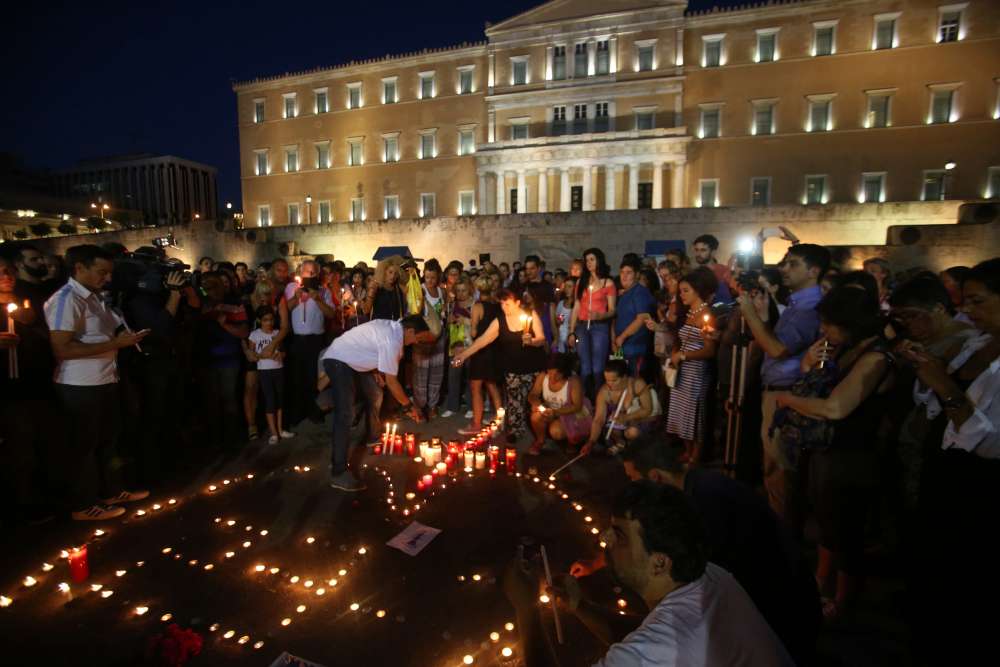 Several hundred Greeks holding candles gathered silently outside parliament on Monday evening to commemorate the dead — one week after the devastating fire.

“We are mourning those lost souls, those people who left (us) clasped in embrace,” said a woman called Vasso, weeping as she lit a candle in Athens’s Syntagma Square.

“This candle shows our respect to the dead. May God forgive the living,” said George Karakostas, 65.

The deaths of those trapped in a burning maze, with access to beaches walled off, has shocked the country.

Of the nearly 3,670 buildings inspected in fire-stricken areas so far, at least 1,046 need to be demolished, the government said on Monday.

Environmental organisations, including the World Wildlife Fund (WWF) and Greenpeace, said the Mati fire was the deadliest in Greece‘s history.

Last week’s blazes scorched 17,000 acres (6,880 hectares) of forest land and residential areas, they said in a statement, warning of an extension of the high risk season due to climate change.

“This tragic event shows the full inadequacy and ineffectiveness of the current forest protection system,” they said in a statement.