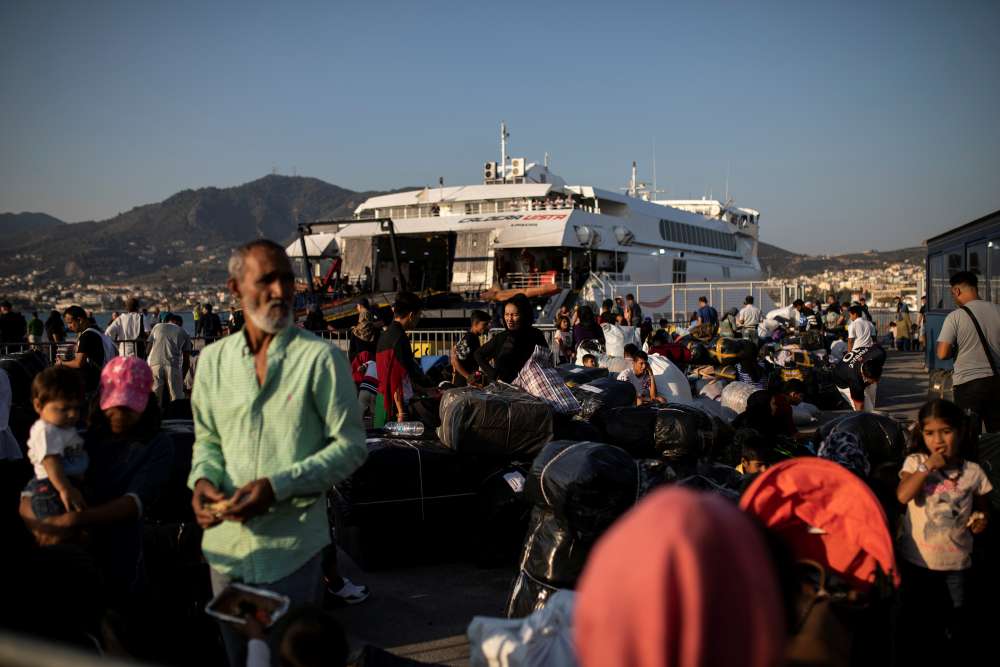 Greece began moving hundreds of asylum-seekers on Monday from a camp on the island of Lesbos that holds around four times the number of people it was built for.

Over 11,000 refugees and migrants, most of whom have fled war or poverty in the Middle East, Asia or Africa, are holed up at Moria in Europe’s biggest migrant camp.

Some 635 people, mostly families, boarded a passenger ship on Monday for facilities in northern Greece, and more were due to leave later in the day.

Moving asylum-seekers from island camps to the mainland is part of government measures announced on Aug. 31 to deal with the rising numbers. All of Greece’s five formal island camps are over capacity.

Moria, which is a disused military base, has been criticised by humanitarian organisations for its squalid living conditions.

It currently holds the highest number of people in three years and violence is not uncommon. An Afghan boy was killed in a fight there last month and women have told aid groups they often feel unsafe.

Greece is Europe’s main gateway for Syrian, Afghan and Iraqi asylum-seekers, and accounts for more than half of the 56,000 migrants who have landed on the Mediterranean’s northern shore this year.

The numbers are small compared to the nearly 1 million people who fled to northern Europe through Greece in 2015, as a deal between the EU and Ankara in March 2016 all but cut off the flow. But they have still piled pressure on Greek facilities.

About 7,000 people landed on Greece’s shores last month, the highest number since the deal was signed. Last Thursday alone, more than a dozen boats arrived with around 600 migrants, prompting the government’s Council for Foreign Affairs and Defence to hold an emergency session.

To curb the influx, Greece also plans to tighten its border controls and speed up deportations of rejected asylum-seekers. (Reuters)

By Annie Charalambous
Previous article
Strike disrupts flights at Amsterdam’s Schiphol airport
Next article
Arrivals, departures to and from Cyprus rocket over the years